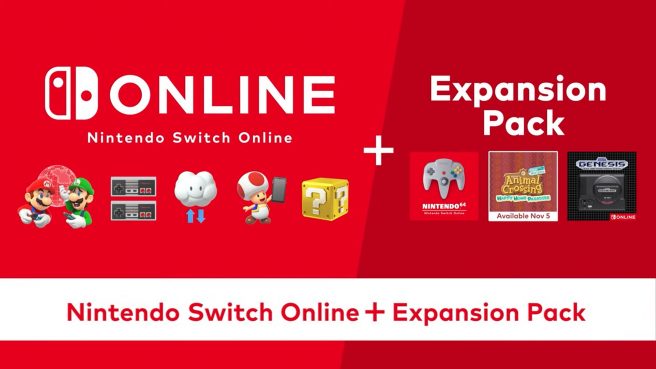 The next major Switch update, version 13.1.0, has just gone live. It includes the introduction of Nintendo Switch Online + Expansion Pack.

The patch notes for today’s update are actually quite small. That goes to show that the firmware upgrade is indeed all about Switch Online.

Those that subscribe to the new Expansion Pack tier for Nintendo Switch Online will gain access to various N64 and SEGA Genesis games, including Zelda: Ocarina of Time, Super Mario 64, Mario Kart 64, Sonic the Hedgehog 2, Phantasy Star IV, Streets of Rage 2, and more. We have the full list of titles here. Additionally, the service comes with the new Happy Home Paradise DLC for Animal Crossing: New Horizons, which launches next week.

You can download today’s 13.1.0 update for Switch by accessing the system settings. Go to the “System” tab and then select “System Update”. Note that Nintendo is currently conducting maintenance, so once that’s all taken care of, you should be able to access the N64 and SEGA Genesis games by downloading new apps from the eShop.