Itagaki on Devil’s Third – more talk about working with Nintendo, Wii U, big improvements since E3

In a recent issue of Famitsu, Tomonobu Itagaki sat down with the magazine to chat a bit about Devil’s Third. Itagaki further talked about working with Nintendo and the Wii U hardware, confirmed that “major improvements” have been implemented in all areas since E3, and plenty more.

Head past the break for the full discussion.

END_OF_DOCUMENT_TOKEN_TO_BE_REPLACED

Posted on 5 years ago by Brian(@NE_Brian) in Images, Wii U | 0 comments

Posted on 5 years ago by Brian(@NE_Brian) in Images, Wii U | 1 Comment 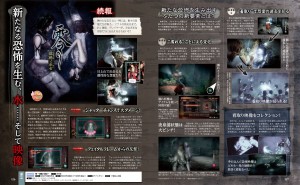 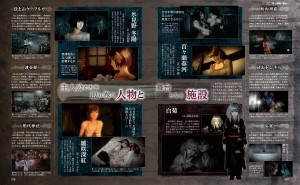 It’s time for the latest Famitsu’s most wanted games chart! Monster Hunter 4 Ultimate, Persona 5, Final Fantasy XV, Super Smash Bros. for 3DS (votes were sent before the game launched), and Pokemon Omega Ruby/Alpha Sapphire are all in the top five.

Head past the break for the full chart. All votes were cast between August 28 and September 3.

END_OF_DOCUMENT_TOKEN_TO_BE_REPLACED

Games features in the gallery above: Attack on Titan: The Last Wings of Mankind Chain, Bayonetta 2, Bravely Second, Captain Toad: Treasure Tracker (not much new), Derby Stallion Gold, Local Railroads: Local Characters and a Journey All Around Japan, Tales of the World: Reve Unitia, and Taiko no Tatsujin Tokumori.

This week’s issue of Famitsu contains the first review of Super Smash Bros. for 3DS. While the magazine is sometimes questioned for the scores it hands out, it’s still interesting to check out what Famitsu says from time to time.

We now have a complete translation of the Smash Bros. 3DS review. If you’re curious as to what was said about the game, continue on below.

END_OF_DOCUMENT_TOKEN_TO_BE_REPLACED

Posted on 5 years ago by Jonathan(@NE_Jarop) in 3DS, Images | 0 comments

Another round of The Great Ace Attorney details

Even more details about The Great Ace Attorney have come out of this week’s Famitsu. You can find the full set of information below.

– Ryuunosuke begins the game in Japan
– He’s a college student involved with a certain case that puts him on the path to becoming a formal attorney
– To better study law, he transfers to England along with Mikotoba, where he meets Holmes
– Much of the story is set in London
– Japan is the setting for Ryuunosuke’s first case
– Court and investigation proceed in mostly the same way
– During investigations, Ryuunosuke and Holmes will use joint reasoning
– With joint reasoning, you must point out any inconsistencies in Holmes’ rapid-fire reasoning
– Ex: Holmes accusing a witness of being a certain revolutionary
– Settled on 3D to allow for a very dynamic camera to match Holmes’ high-speed thinking
– Takumi jokes that Holmes really set the stage for the game
– Takumi has a deep love of the Sherlock Holmes stories, so he’s trying to respect the character
– Holmes is described as falling somewhere between the “storybook Holmes” and a “real Holmes”
– He’s a man who focuses maybe too much on his investigations, but isn’t a bad person at heart
– Ryuunosuke and Holmes’ meeting is a key point of the game