Once Upon a Coma

New Once Upon A Coma trailer 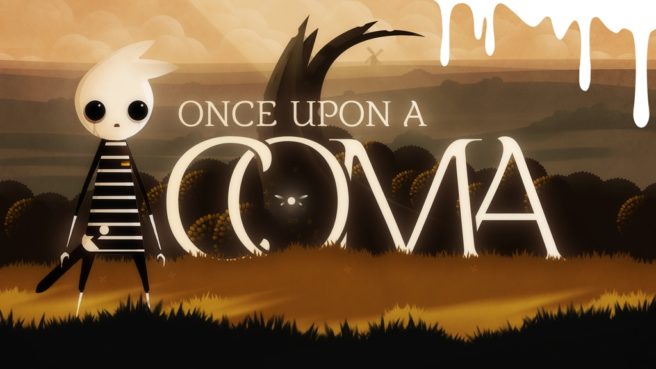 Pinstrip creator Thomas Brush has shared a new trailer for his next adventure game, Once Upon A Coma, which will be coming to Switch in the future. Watch it below.

Once Upon a Coma will be made for Switch

Thomas Brush started a Kickstarter campaign in hopes of funding his new project Once Upon a Coma. In just one day, the target goal was reached. Once Upon a Coma has also now hit a $60,000 Switch stretch goal, meaning it will be developed for Nintendo’s console.

The game begins as main character Pete wakes from a strange coma, only to find that things aren’t as he remembers. You’ll be exploring a strange and terrifying land, fighting against some scary enemies with your trusty barber’s blade, and more.