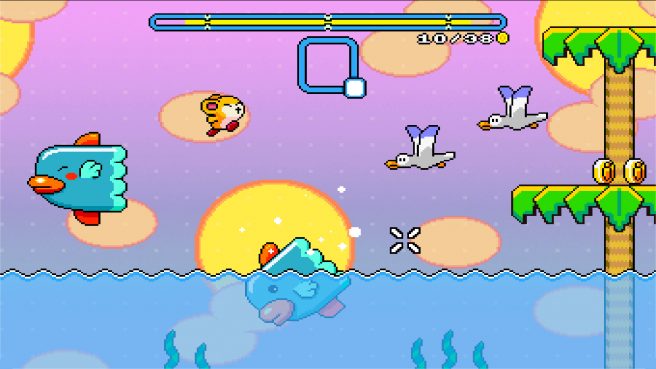 Publisher PID Games and developer Tomo Camp have announced that the upcoming platformer Pompom will be released on Switch. The project is currently targeting a 2022 release.

While Pompom stars a hamster as its main character, you don’t control it directly. You instead control everything else in the stage, whether it’s laying down bricks, spring, cannons, and umbrellas. It’s ultimately about altering the world to create a safe path to help Pompom defeat the evil Captain Cat.