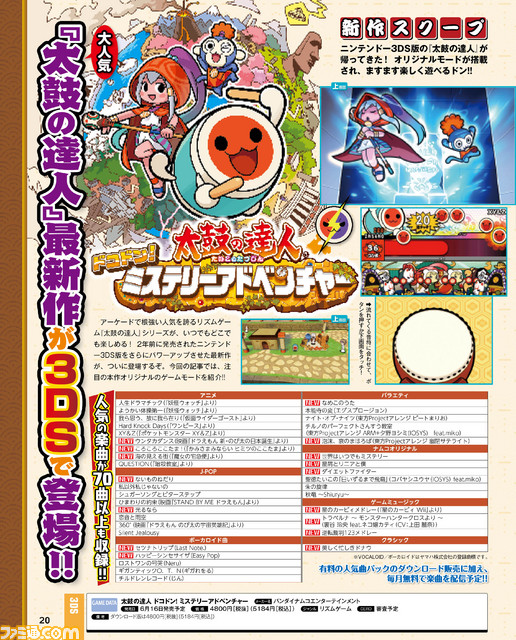 Update: We’ve now learned some additional info: the game will be released on June 16th in Japan. Also, there will be a collaboration with the Ace Attorney franchise – the game will feature a medley with popular songs from several Ace Attorney games, and Phoenix Wright will be one of Don-chan’s partners in the game’s RPG-like Mystery Adventure mode.

The latest entry of the Taiko Drum Master series, Taiko Drum Master: Doko Don! Mystery Adventure, has been revealed for 3DS via Famitsu. Expect some more details once we get our hands on the full scans of this week’s issue of Famitsu tomorrow.

Like with most Taiko Drum Master games, don’t expect this to get released in the West. Still, it’s nice to see that the series is still going strong in Japan.