Terraria launches physically for Switch at the end of August 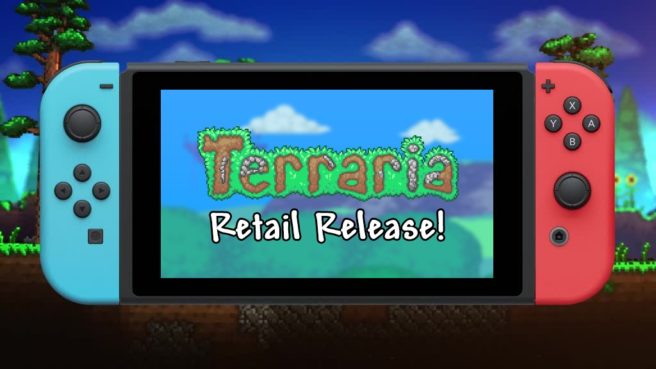 Terraria finally launched for Switch at the end of June. However, that only applied to the digital release on the eShop. We now know when the physical version will be available.

505 Games will ship Terraria on three different days in various regions. For North American fans, the physical version will be available on August 27. It will be out in the UK, France, Italy, Germany, and other European territories on August 23. Finally, it’ll be August 22 for Spain, Portugal, Australia, and New Zealand.