The Legend of Bum-bo Switch gameplay 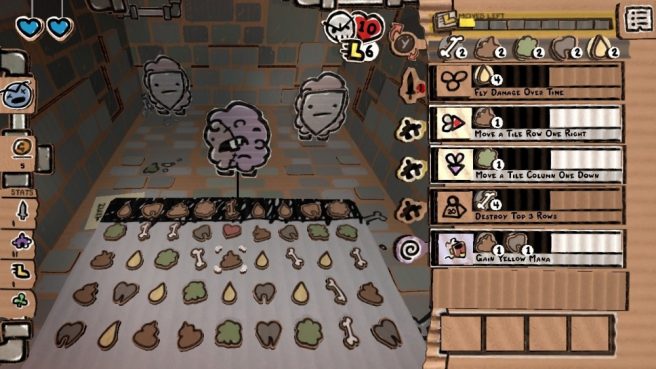 The Switch version of The Legend of Bum-bo arrived this week, and those that want to get a closer look can check out new gameplay. 40 minutes of footage has come in.

We have more information about The Legend of Bum-bo in the following overview:

When Bum-bo’s only coin is stolen by a mysterious entity and pulled down into the sewer, Bum-bo finds himself facing droves of deranged enemies, lost children, his fears and eventually the beast that stole his beloved coin.

The Legend of Bum-bo is a puzzle-based “deckbuilding roguelike.” Players collect hoards of items that can be modified, upgraded and combined with others in many interesting ways. Play as one of many Bum-bo, each with its own unique abilities, as they smash, bash and splash their way through a variety of cardboard monstrosities, giant bosses and dark personal urges. . .

Take a look at the gameplay for The Legend of Bum-bo on Switch below.

The Legend of Bum-bo is being offered digitally on Switch via the eShop. Keep in mind that the game only has English as its supported language.

More: Nicalis, The Legend of Bum-bo