The Legend of Legacy devs on the game’s origins, focal points, no human fights 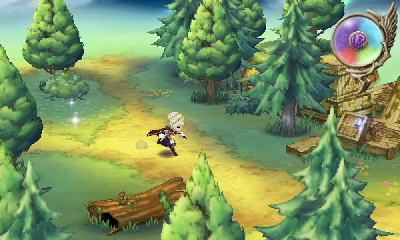 Famitsu recently posted an article about the new 3DS RPG The Legend of Legacy, which includes comments from director Masataka Matsuura and Kyoji Koizumi.

Matsuura first started out by talking about the game’s origins:

“I’ve always wanted to make an original RPG, and that’s why I’ve joined the industry, but the project basically started sometime around two years ago. At first, I wondered ‘what kind of RPG would do well nowadays?’ But after giving it some thought, I’ve come to the conclusion of ‘if I’m going to make a proper RPG, then wouldn’t it be best to make it with those who have already done so?’”

“That’s when I started a project called ‘Project Legacy,’and contacted those that I personally wished to work with, one by one. From there, people who were interested gathered, and the project formally began. It was something like that.”

Designer Kyoji Koizumi then goes on to discuss some of the focal points in the world of The Legend of Legacy:

“I believe that an RPG’s best charm lies within the adventure set in an unrealistic world. One example that sets the tone is ‘magic’ but instead of just showing that, we’d like to show something completely out-of-this-world in The Legend of Legacy. The game is set on an island called Avalon, and in the world of the game, there will be mechanisms that will let you use ‘magic/artes’ only while you’re in Avalon,” explains Koizumi. “We’ll announce more details about this at a later date. I can’t say much about it now, but it will be an element that’s a big part of the battle system.”

Last but not least, Koizumi reconfirms that there will be no fights of human versus human:

“There won’t be any fights amongst humans. However, there are different types of monsters, and you’ll have more opportunities to fight those in the latter half of the game. There are all kinds of ruins on the island, so there must have been something or someone living there before, and we’d like for you to figure out such mysteries while enjoying the game.”