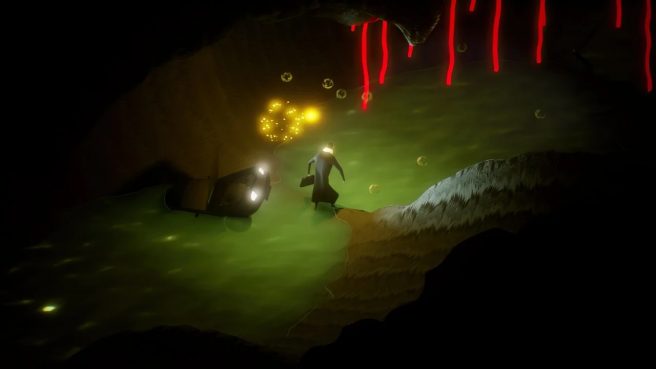 The Plane Effect is officially appearing on Switch later this week, and we now have some gameplay from the final build.

The game was originally planned for August 12. However, it was later delayed so that the team could deliver the best possible experience.

Here’s an overview of The Plane Effect:

A time-and-mind bending adventure game…
It’s your final day at the office, it is time to clock out and return home – loomed over by a cosmic anomaly with an oppressive, otherworldly force. Helpless over the
cosmos, all you know is that you must return to your family, as soon as you can.

Find your way home by any means…
As you progress through the dystopic cityscape, you quickly you realise all is not as it should be. Did it always take this long? Were the streets always a labyrinth?
Where even is “home”? All you know is that you must keep pushing ever onwards, you must keep going.

Navigate through a dystopian society
Navigate beautifully and elaborately designed, otherworldly environments and solve unusual puzzles to keep Solo moving through each area. Players have the option
to figure out puzzles step-by-step with no hints, or activate a little guidance on your impossible journey through ‘Assisted-Mode’.
A sinister presence follows

Keep Solo moving.
Onwards, to his family, back home. Do not stop, do not turn back. Is Solo being watched?

Have a look at the new gameplay for The Plane Effect below.

The Plane Effect launches for Switch via the eShop on September 23. The official website is up here.