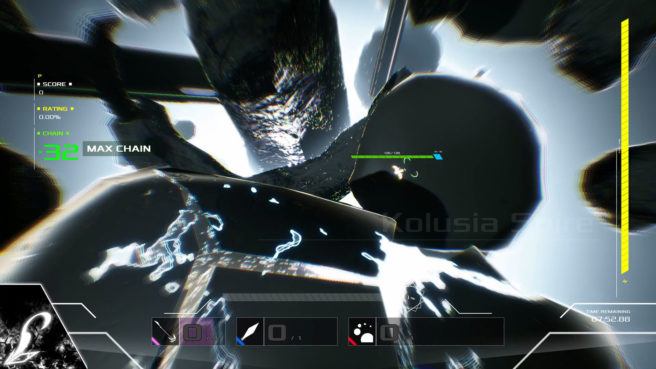 Publisher Eastasiasoft and developer Kaio Meris today announced the top-down arena shooter Zero Strain for Switch. It will launch on August 13 via the eShop.

Combining shoot’em up action with MOBA elements, Zero Strain sets itself apart by focusing on strategic weapon juggling as you gain control of a series of top-down arenas. Turn the tide of battle with careful defense and retaliatory offense that builds with the damage you deal.

Select from a variety of ships tuned for unique play styles, observe and react to enemy attack patterns and take down powerful bosses with precision as you proceed through Zero Strain’s uncharted dimensions, all presented in a vibrant wireframe visual style.

Pricing is set at $9.99 / €9.99 on the Switch eShop with a 20 percent launch discount. It will support English, French, Spanish, German, Japanese, and Traditional Chinese language options.