Triangle Strategy devs on how the game uses “accurate” HD-2D 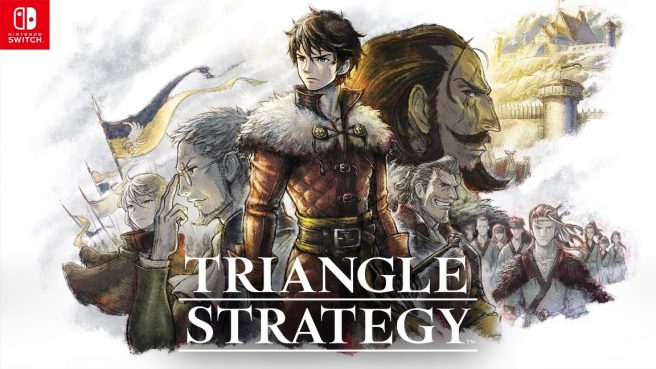 Not too long ago, Triangle Strategy producers Tomoya Asano and Yasuaki Arai sat down with Japanese website 4Gamer to share some insights from their time making Square Enix’s latest Switch title.

The highly praised HD-2D art style made a return, and the pair talked about the challenges the team faced to make it work in a tactical RPG. Turn-based RPGs like Octopath Traveler, another game to make use of HD-2D, operate with a fixed camera. However, Triangle Strategy offered a fresh set of challenges to overcome thanks to the more expansive map designs in a tactical RPG.

You can find Nintendo Everything’s translation of their comments below.

Let’s talk about one of the game’s most notable characteristics, HD-2D. Triangle Strategy follows in Octopath Traveler’s footsteps by also making use of HD-2D. What was it like to apply that technology to a different type of game?

Asano: Octopath Traveler had a fixed camera, but in tactical RPGs, you need to be able to rotate the map 360 degrees. We had to find a way to make maps in Triangle Strategy look good from all angles.

Arai: It took a lot of resources to make the map observable from all sides. At the start of development, we spent a lot of time discussing what to do at the edge of maps. In addition to gorgeous looking world maps, the artists and art team did a fantastic job blending so many locations together. We hope you will explore every inch of maps and immerse yourself in the war-torn Norzelia.

HD-2D is a blending of the real and surreal, striking a terrific balance between the two styles. It’s interesting to see realistic lighting shine on deformed characters – it feels like I’m looking at a diorama or a vignette-like object. I bet that was tough to make.

Asano: We tried to find the right line with the deformation, as the pixel art characters had to be attractive as pixel art. As the proportions change to look more realistic, the resolution increases and the pixels become smaller, making them look more like illustrations rather than pixel art.  Of course, it’s attractive as a standalone illustration, but it would be different from what we built up as HD-2D.

Games have evolved to make pixels invisible, be it within pixel art or on textures applied to polygons, but I get the impression you’re going in the opposite direction with HD-2D.

Asano: We invited several companies to make HD-2D demo footage in the early stages of Triangle Strategy’s production, and after review alongside Octopath Traveler’s other developer, Acquire, we brought Artdink on board.

While other developers created photorealistic images and reduced them, Artdink was the only developer that Acquire said had the ‘accurate’ HD-2D visuals.

What do you mean by ‘accurate’ HD-2D?

Asano: They prepared a deformed image at the writing material level, before adding realistic effects to ‘build it up’. A well-made HD-2D screen has pixel art characters and background.

Contrasting that, if you reduce a photorealistic image, it looks as if you’re simply lowering the image quality, which paints a picture that says ‘maybe this would have been better left clean.’

Triangle Strategy released on March 4, 2022 for Switch. Read our review of the game here.