Bravely Default II producer talks about why the game was delayed

Posted on 14 hours ago by Jonathan(@gamrah) in News, Switch | 0 comments

In a recent interview with Japanese publication Famitsu, Bravely Default II producer Masashi Takahashi commented on how the coronavirus pandemic impacted Bravely Default II’s development. Voice recording for foreign releases of the game had to be handled entirely remotely, and voice actors recorded from their homes while receiving coaching and guidance remotely. Takahashi also shared how the Japanese studios were impacted by the pandemic and why the team ultimately decided to delay the game.

Takahashi went on to say that the team needed extra time “in order to seriously address the opinions of fans who played the demo and produce something the development team was satisfied with”.

Nintendo Everything’s translation of the interview excerpts between Famitsu and Takahashi can be found below.

END_OF_DOCUMENT_TOKEN_TO_BE_REPLACED

Monster Hunter Rise development and release impacted by the pandemic

Posted on 2 months ago by Jonathan(@gamrah) in News, Switch | 0 comments

In a recent interview with Nikkei, Capcom president Haruhiro Tsujimoto shared some tidbits about the upcoming Switch title Monster Hunter Rise. He spoke about how the coronavirus pandemic set development of the game back almost a month, discussed some of the game’s new elements, and how the company expects the title to sell.

Nintendo Everything’s translation of his full statement can be found below.

END_OF_DOCUMENT_TOKEN_TO_BE_REPLACED

Posted on 4 years ago by Jonathan(@gamrah) in 3DS, Videos | 4 Comments

Puzzles and Dragons X is the latest entry in the Puzzle & Dragons series and is due out on 3DS in Japan later this year. Check out the first released footage of the game below

Posted on 4 years ago by Jonathan(@gamrah) in Videos, Wii U | 7 Comments

Here’s a look at how Linkle will look on the Wii U version of Hyrule Warriors. 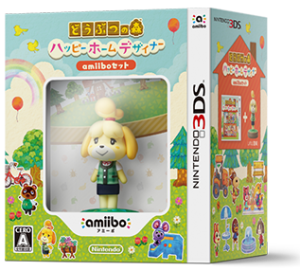 On March 24th, Japan will be receiving the latest batch of amiibo content. Cap’n, Summer Isabelle, Timmy & Tommy and Rover amiibo will be available for purchase, along with the 4th series of Animal Crossing amiibo cards. Summer Isabelle will also be available as a pack-in with Happy Home Designer for 5400 yen.

Posted on 4 years ago by Jonathan(@gamrah) in 3DS, Videos, Wii U | 0 comments

Those looking to purchase Hyrule Warriors Legends on 3DS will also be able to use the new cast members on Wii U. Here’s a look at how each new character’s model will look on the big screen.

Controversial dialogue removed from Fire Emblem: Fates in the West

“In the version of the game that ships in the U.S. and Europe, there is no expression which might be considered as gay conversion or drugging that occurs between characters.”

The conversation in question is a support conversation with the female character Soleli, who is revealed in-game to be attracted to women. When paired with the male version of the main protagonist, her drink is spiked at a later point in her support chain and she finds herself attracted to him instead. This isn’t the first time in the series that Nintendo has had issues with sexual orientations in the Fire Emblem series a notable example being the absence of gay marriage in Fire Emblem Awakening. Though Fates includes same sex marriage, it makes sense that they would take this extra step to avoid any further backlash.

For the full story about this particular support conversation and how it will affect the release of Fates next month, head over to NintendoWorldReport for the full story.

Posted on 4 years ago by Jonathan(@gamrah) in Videos, Wii, Wii U | 20 Comments

The folks over at GameXplain have uploaded another comparison video of the various Legend of Zelda: Twilight Princess versions. Check the link below to see how the Wii U version looks in comparison to the original

McDonalds in Japan getting Pokemon toys next week

Posted on 5 years ago by Jonathan(@gamrah) in General Nintendo, News | 2 Comments

Pokemon themed toys are heading to McDonalds in Japan once again next week. Check out pictures of the toys below:

Posted on 5 years ago by Jonathan(@gamrah) in General Nintendo, News | 1 Comment