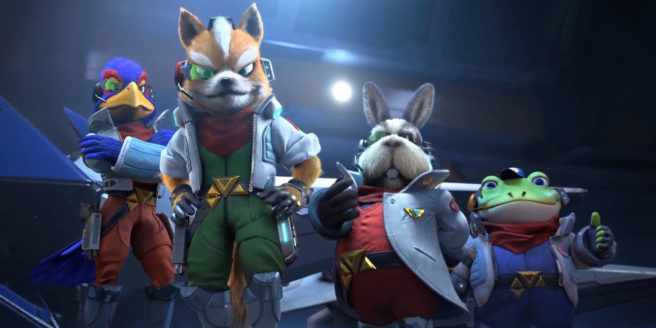 Ubisoft has spoken about how it started its partnership with Nintendo on Star Fox’s Starlink inclusion a few different times. It all started back when Ubisoft unveiled the project at E3 2017, with Nintendo expressing interest in collaborating after trying out a demo at the show. What we didn’t know is that Ubisoft already started on things before the team received permission.

In an interview with Okay Cool, producer Matthew Rose said Ubisoft “started right away” merely because the developers were excited by the initial conversations with Nintendo. Rose also mentioned that the team “started drawing concepts, we made a 3D-printed Arwing that had their proper connectors and toys in it so that you could take it apart and everything.”

“Well, you know, what’s amazing is that’s kind of the strength of Ubisoft. Ubisoft almost runs each team like a bunch of entrepreneurial ventures. Each team really has this freedom to experiment and try things and go places and take calculated risks. And draw upon the incredible resources that the Ubisoft network has to offer, but not necessarily be constrained by needing to get clearance up some crazy chain. So for us, you know, we have our partners in Paris that we work so closely with, and we were like ‘hey, we are so passionate and excited, we think we can make this work. We’re gonna go for it.’

So we just started working, but we were a little cautious. We didn’t want to dedicate all of our resources to it, and then we got the invitation. To ‘hey, do you guys want to come to Kyoto?’ And it was like a week before… we to go, we had the meeting. They were like ‘We’ve got a slot, it’s in a week.’ It’s on. And we were like ‘woah, woah, woah, woah, okay.’ Fortunately, we had started work before we were really… confirmed anything. So we scrambled to put together this pitch and pull everything together and, for instance, we had this 3D-printed Arwing, but we didn’t have time to paint it properly – to like ‘pro paint’ it. Because, you know, if you’ve gotta do it, you gotta do it right – especially for Nintendo.

And so, but 3D-printed plastic it was like beige. It looked kind of ugly, so we spray painted it this kind of really neutral grey color. It was a nice finish though. It was this nice, you can imagine, you know, it was almost like you’d see an untextured 3D model in a game, and so we spray painted it grey and brought it over, and had the concept art of the pilots and things, and so we went to present and it was just this crazy surprise to have the whole Star Fox team there that we weren’t expecting at all and Mr. Miyamoto. And uh… yeah… pretty amazing.”