Virtuos working on the Switch version of Dark Souls: Remastered 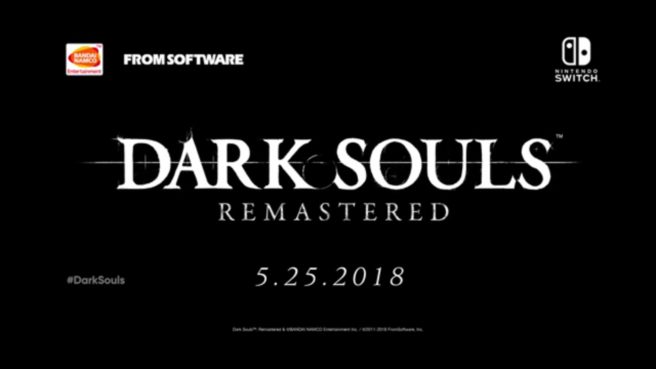 Does the name Virtuos ring a bell? If you paid attention to last year’s release of L.A. Noire on Switch, it may sound familiar. Rockstar worked with Virtuos to bring that title to Nintendo’s console.

The same company looks to be behind the release of another notable Switch re-release. Dark Souls: Remastered has been rated in Australia, showing that Virtuos is working on FromSoftware’s classic for Nintendo’s console. Polish studio QLOC has been rumored to be handling the title for other platforms.

If the publisher listing above has you scratching your head, we recently learned that Nintendo will be in charge of Dark Souls: Remastered’s distribution in Europe. This classification indicates that they’ll hold the same responsibility in Australia as well.

Dark Souls: Remastered launches for Switch on May 26. The game runs at 1080p docked, features dedicated servers with up to six players, and includes the Artorias of the Abyss DLC.