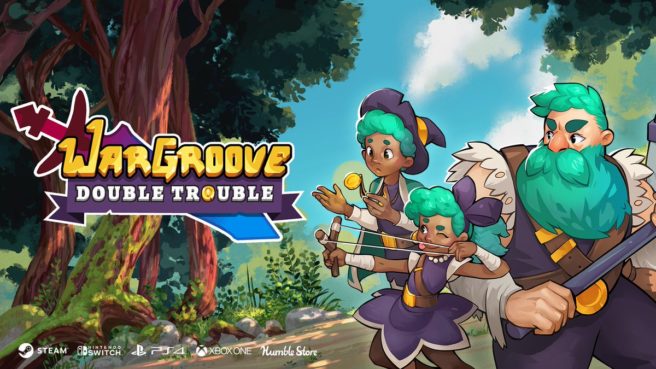 Chucklefish unveiled new Double Trouble DLC for Wargroove today. The update, which will be entirely free, will contain a trio of new Commanders, a new co-op campaign, and new units. A bunch of rebalancing is also planned plus new editor tool updates and more.

Wait, what’s this Double Trouble DLC all about?

Wargroove: Double Trouble is designed with co-op play in mind, adding a new story campaign that introduces 3 new Outlaw Commanders; the mighty Wulfar, troublemaker twins Errol and Orla, as well as the maleficent Vesper (seen below – more info about Vesper soon). After an unexpected kidnapping and some severe ransom demands, your group of rogues have no choice but to perform the biggest heist that Aurania has ever seen…

But what exactly are the new Editor tools?

Wargroove: Double Trouble will give you more control than ever over your custom maps, campaigns and cutscenes:

Last but not least, this update also includes balance adjustments to a number of units and Commanders:

Chucklefish says Wargroove: Double Trouble is in the final testing phase. A release date and trailer will follow soon.