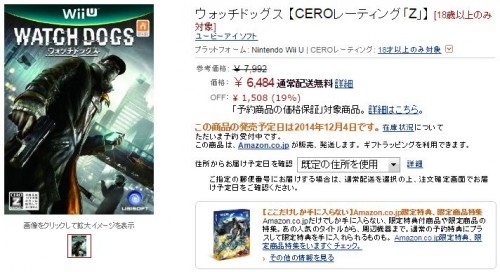 Ubisoft announced earlier this month that Watch Dogs will be heading to North America and Europe in November. As it turns out, the game will be available in Japan as well. A listing on Amazon reveals that Watch Dogs is due out on December 4 in the country.