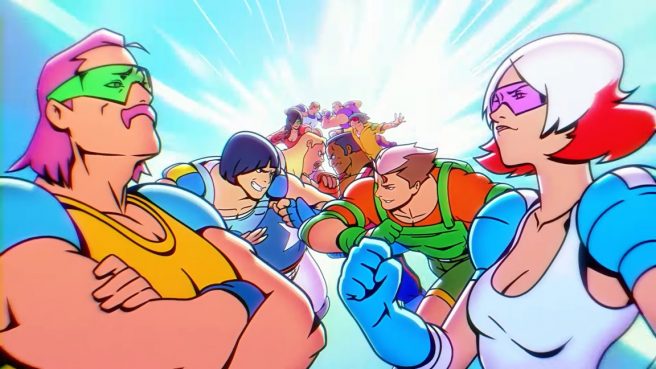 Dotemu is celebrating the launch of Windjammers 2 with a new launch trailer, which is entirely animated. The game is finally releasing today after it was originally announced in 2018.

For more on Windjammers 2, read the following overview:

25 years later, throwing flying discs at your opponents is still as cool as back in the days. Sequel to the NEOGEO cult classic Windjammers, Windjammers 2 is the perfect mix between what you loved about the classic title and brand-new mechanics. Fast-paced, strategic, easy to learn but hard to master: Windjammers 2 follows the steps of the first episode and brings back what makes the Windjammers series an amazing fun and competitive game! Windjammers 2 Will Make Your Head Spin New challengers, new stages, brand-new mechanics and awesome new power moves will make your head spin and enhance your windjammin’ experience. Master the slapshot, dropshot, the jump, the smash and the powerful EX MOVE, and enjoy the kickass soundtrack coming straight out of the ’90s. With Brand New Characters…

Take a look at today’s animated launch trailer for Windjammers 2 below.

Windjammers 2 arrives digitally on Switch today via the eShop. A physical release is planned for a later date.