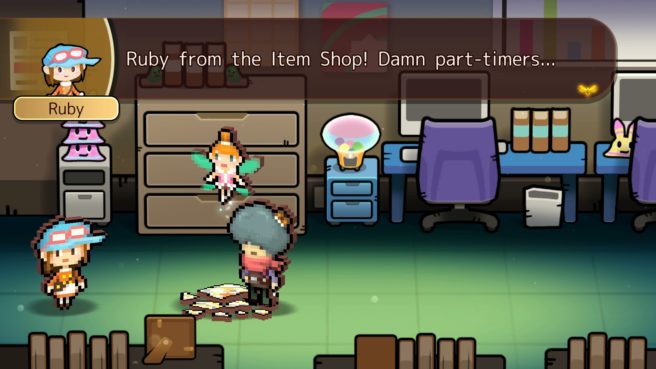 XSEED has announced that it has picked up Heroland for publishing in the west. The RPG, previously released in Japan, will launch in North America this year.

Here’s an overview of the game::

Put on your nostalgia goggles for this single-player RPG about a theme park where guests can explore dungeons, beat up baddies, and become legendary heroes – while the player assists from the sidelines as a tour guide! Released in Japan as WORK x WORK, this tale of princes and pixels is told by over 20 quirky characters, including overzealous knights, an irascible otter, and… *checks notes* man-eating broccoli? When the Dark Lord’s monsters are also your coworkers, it’s hard to draw the line between work and play! Directed by Takahiro Yamane (Fantasy Life), written by Nobuyuki Inoue (Legend of Mana), set in a colorful 2D world created by Nobuhiro Imagawa (MOTHER 3, Legend of Mana), and jam-packed with Tsukasa Masuko’s (Shin Megami Tensei) whimsical tunes, this adventure is one that cannot be forgotten!

Developed by FuRyu and published in North America by XSEED Games, Heroland is in development for a 2019 launch.