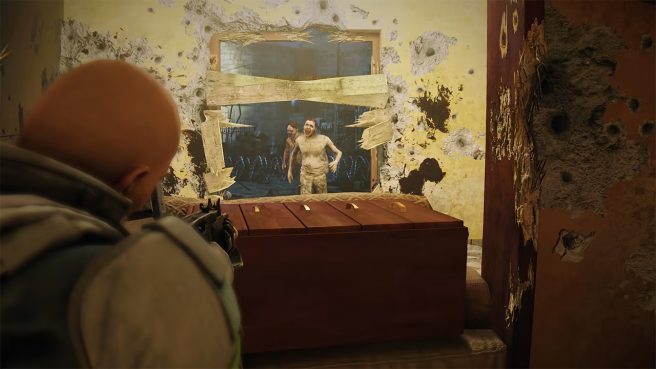 Gameplay has come in for the Switch version of World War Z, Saber Interactive’s co-op third-person shooter featuring swarms of zombies. Today’s video contains just under a half hour of footage.

For more on World War Z, check out the following overview:

Humanity is on the brink of extinction. From New York to Moscow, Jerusalem and more, the undead apocalypse continues to spread. As the end looms, a hardened few band together to defeat the horde and outlive the dead.

Take a look at the launch trailer for World War Z on Switch below.

Have a look at the World War Z Switch gameplay in the video below.

World War Z is being sold both physically and digitally on Switch. Be sure to check out our recent interview with Saber here with some extensive talk about bringing the game to Nintendo’s console for the first time.

You can learn more about World War Z by visiting the official site here.