World’s End Club will have a demo on Switch, live stream announced 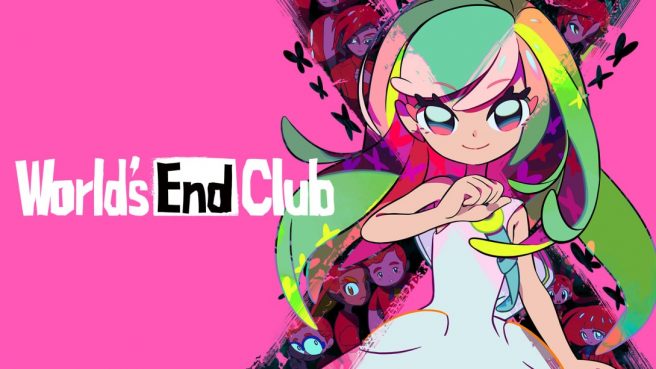 World’s End Club is getting a demo, Izanagi Games announced today. It will go up on the Japanese Switch eShop on May 6. Given how NIS America has treated demos in the west, it’s likely that we’ll be seeing the trial in North America and Europe at some point, though there has been no official announcement just yet.

The demo for World’s End Club will let players experience the early parts of the game. Progress can be transferred to the full version.

Also announced is a live stream featuring Kazutaka Kodaka, Kotaro Uchikoshi, and Takumi Nakazawa from Too Kyo Games on May 6. It will be held at 4 AM PT / 7 AM ET / 12 PM in the UK / 1 PM in Europe. You can watch it below.

World’s End Club launches for Switch on May 27 in Japan and May 28 in the west.