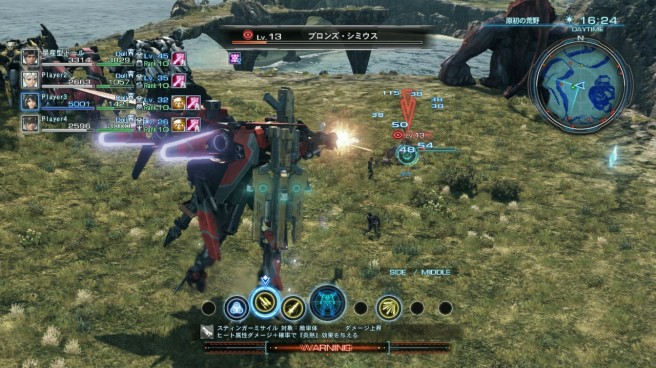 Today’s Xenoblade Chronicles X Twitter update, shared once again by director Tetsuya Takahashi, delves a bit more into the game’s “Dolls”. Basically, he explains how their size was determined.

My apologies, but today I will depart from introducing the game’s designers to talk a little bit about the ‘Dolls’. Dolls are about 5 times larger than a tall human, at about 9~10 meters (Translator’s note: roughly 29″6′ ~ 32″9′) tall. We calculated this to be the optimal height for the robots when coexisting with humans while searching the map and battling. If we made the robots larger, the map would also have to be even larger, which is not just a problem of the game’s overall budget, but also searching the map would take an overly long time as a human. It’s been 15 years since Monolith Soft was founded and I finally feel like I have successfully created an RPG with humans and robots co-exist, a long held vision of mine.