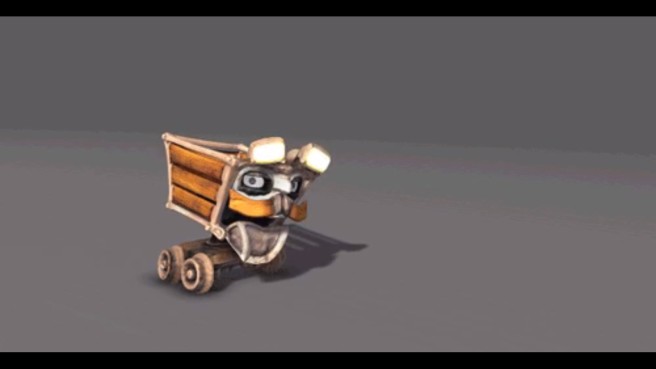 Playtonic published a pair of new updates for Yooka-Laylee today. We have some new music as well as the reveal of a new character.

First, have a listen to a challenge tune composed by David Wise below.

Players will hear the above tune during a section of the game which features Kartos. Yooka and Laylee will come across the minecart character several times, “and together they’ll hit the tracks in search of paper-shaped golden nuggets.”

“In true Playtonic fashion, we wanted to make this character as fun as possible. He’s old school, so we wanted him to look old fashioned, rather than modern. He actually looks like a bad DIY project by myself, and I’m sure I’ve seen some of his body parts lying around in my shed at home! Yooka will be taking advantage of Kartos and his services, as he is for ‘hire’ at various stages in the game. And why not? After all, his slogan is ‘Mein Kart ist Ihre Kart’ after all!”