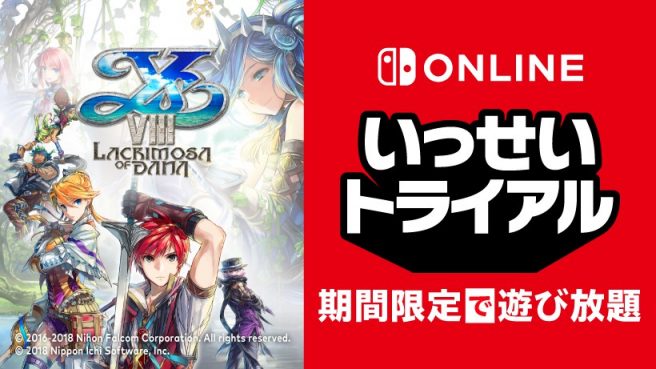 Ys VIII will be offered as the next Nintendo Switch Online Game Trial in Japan, Nintendo has announced. Those with an active subscription can play the game entirely free between May 17 and May 23. Progress can be transferred to the full version.

Those interested in Ys VIII can also purchase the game at a discount between May 17 and May 30. It’ll be sold for 30 percent off.

If the Game Trial is offered in other regions, we’ll be sure to let you know.