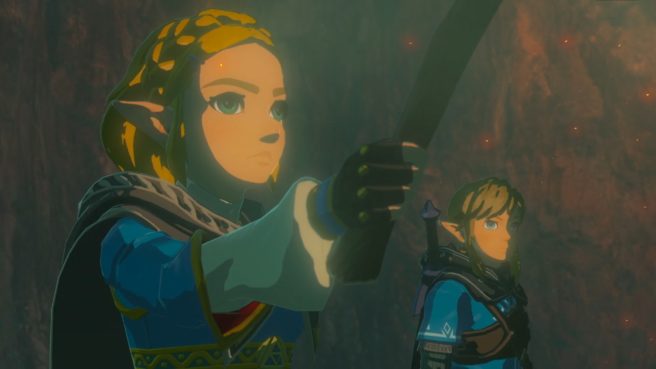 IGN has published its full interview with Zelda producer Eiji Aonuma. While much of the discussion has been covered previously, we now have a couple of other interesting excerpts. Aonuma was asked about what he looks for in staffers for the Zelda team and touched on diversity, before later sharing some thoughts on a Zelda movie / TV show.

Below are those new excerpts:

The Zelda team and diversity

Talking about the team that’s working on this game, I just read an interview where Mr. Miyamoto told people he doesn’t want to hire super passionate game fans anymore, but instead people that have different interests and skill sets. I was wondering what qualities do you look for in people to make them part of the Zelda team? How do you get onto the Zelda team? What makes those people interesting?

Mr. Aonuma: I’m thinking probably very similar to Mr. Miyamoto and not necessarily do I want to work with someone that’s good at playing games. I would rather be with people maybe have an interest in climbing mountains or love scuba diving in the ocean. Just someone with a very different skill. And so maybe by having those skills we can incorporate them into our games.

When I read that statement from Mr. Miyamoto, I thought a lot about diversification of backgrounds. At E3 I keep on seeing companies conscientiously put the spotlight on women developers and developers of color. I was wondering if a diverse team has helped achieve your goals to make the Zelda design team more interesting, background-wise.

Mr. Aonuma: What do you mean specifically diverse in?

As in people from different backgrounds, or nationalities; women, and people of color.

Mr. Aonuma: I think that’s definitely something we think about. And I would love to work with a lot of variety of people with different backgrounds, just because, as I mentioned earlier, I would love to have all their different experiences. But one thing: If they can speak Japanese that would be good, because I can communicate with them.

If there was a Legend of Zelda movie or TV show, who should play Link?

Mr. Aonuma: Honestly, I don’t know. Who do you think should be?

That’s a tough one. I think it would be cool if Link was a little kid… What do you think?

Well, how about this then, if there were a TV show or a movie or something, what game would you think would make a really good world for that movie or TV show to be set in, out of all the many Zelda games?

Mr. Aonuma: I don’t know. Honestly I wish we could do it for all of the titles. Or maybe just combine all of them and then something new can be created out of that maybe?