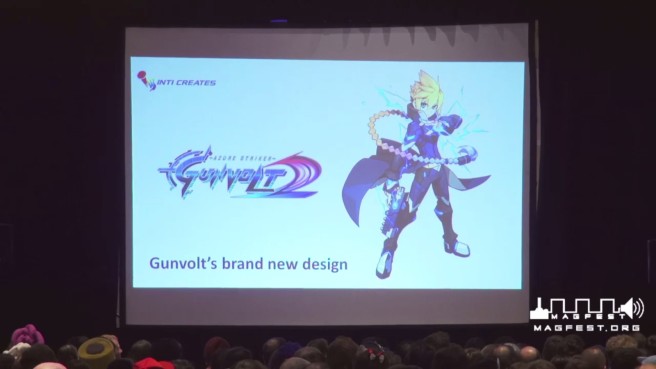 During MAGFest today, Keiji Inafune and Inti Creates hosted a panel. Azure Striker Gunvolt 2 was featured during the event and we finally received an update as to what’s happening with the project.

First, it’s been revealed that Gunvolt will have a new design in the game. Inti Creates redid all of the character sprites in order to achieve this. Also teased was “a whole lot of stuff” that fans have yet to see. The team is spending a ton of time to create “the best high-quality game they possibly can.” Unfortunately, there’s still no word on a release date, but Inti Creates CEO said the developers are “working very hard to be able to get you guys the sequel to Azure Striker Gunvolt as soon as we can.”

Lastly, and most significantly, the first gameplay trailer for Azure Striker Gunvolt 2. We have it the off-screen video below.