Bayonetta amiibo teased, “working hard to get her just right”

Posted on September 19, 2016 by Brian(@NE_Brian) in General Nintendo, News 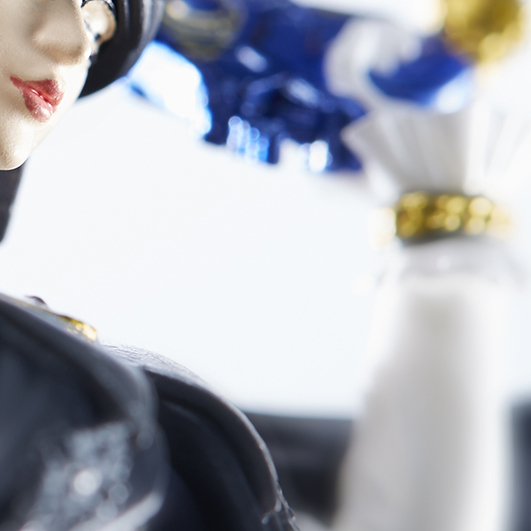 The Bayonetta amiibo was announced last December, but we haven’t heard anything about it since. Fans have been left wondering when we’ll finally be seeing it.

There is good news to report finally, as the figure is still on the way. Bayonetta 2 director Yusuke Hashimoto just made a new post on the PlatinumGames website teasing the amiibo, and noted that the team is “still working hard to get her just right.” For now, we’re only left with the image above.

Hashimoto’s full words are as follows:

Hello everyone! How’re you doing? This is Yusuke Hashimoto (@PG_y_hashimoto), director of Bayonetta 2, with some exciting news for Bayonetta fans. We’re coming up on Bayonetta 2’s second anniversary, and what better way to commemorate the occasion than with a new figure?

And what better figure than an amiibo?

I’m afraid that this little taste is all I can give you right now, since we’re still working hard to get her just right. But I assure you that we’re going to capture everything you know and love about Bayonetta – every detail down to the exact sizes of her glasses and eyes – and bring you an amiibo that’ll meet your every expectation.

Back when we were making Bayonetta 2, there wasn’t any talk of bringing the game to life in three dimensions like this. In fact, this is the first time a character from a game I’ve directed has been made into a figure. I’m shocked by how well Bayonetta’s essence has been shrunk down to fit in the palm of your hand! What an amazing era…

I’m really looking forward to the full unveiling of the Bayonetta amiibo, and I hope you’re as excited as I am.

Between the announcement of her amiibo and her Super Smash Bros. debut, 2016 has been quite a year for our favorite witch. It’s a dream come true to see her fighting alongside such storied and beloved characters as Mario and Fox McCloud in Smash Bros.

I’d love to take this opportunity to sincerely thank all of Bayonetta’s fans for all the love and support you’ve shown her up to now! I hope she stays in your heart for years to come.