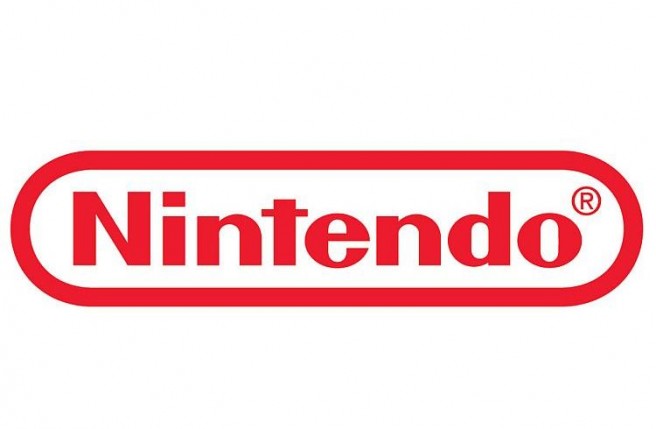 Update: All over! You can find the information rounded up below.

Nintendo’s 75th Annual General Meeting of Shareholders is currently progress. We’ll be posting everything that was shared during the event below, courtesy of translations from Cheesemeister.

– New 3DS selling well, but the old 3DS did not, so HW sales were 8.73m. SW selling well. Pokemon, Smash numbers.
– Mario Kart 8 at 5.11m, Smash Wii U at 3.65m. Wii U HW 2.88m.
– Entertainment has value, centering on dedicated platforms. Providing premium experiences only available on such. Making more SW.
– Xenoblade for New 3DS released. Rhythm Heaven, FE: if released. Supporting 1st-party and strong 3rd-party SW.
– On Wii U, Splatoon, Yoshi’s Woolly World, and Super Mario Maker are being released.
– Card-based and yarn amiibo are being released. The NFC dongle for old 3DS and 2DS being released. Looking to increase demand.
– Supporting amiibo on Smash 3DS with the NFC dongle.
– About DeNA, starting smart device apps this year. Smart devices different from dedicated consoles, so even w/ same IP, adapting play styles to suit smart devices will maximize value and drive the expansion of the gaming population.
– Continuing with film adaptations and character merchandising to increase mind-share of IPs. Ex: Universal agreement. More later.
– Making a marketing appeal for the IPs through experiences only possible at theme parks.
– Making progress with QOL. (No details given.)
– 1st measure: distribution of dividends.
– 2nd measure: selection of board members.

– Q1: Is there a breakdown of packaged vs. download sales of 3DS and Wii U software?

There’s a difference in value on packaged and download versions of 3DS and Wii U software.

Iwata: We believe download versions have the same value and should be priced the same. Some companies price DLs cheaper due to the there being no used sales or store price reductions. We stress the value of Nintendo software, so we price the same. Purchases can be made through the eShop or with download cards bought at stores. We typically don’t discount, but stores may. There are different risks with each. Packaged versions carry inventory risk. Download versions aren’t activated without going through the register first. Being on-demand, there is no inventory risk. Nintendo cannot control the price of packaged versions. Doing so would infringe the law. We know some aren’t satisfied w/o a diff. We plan to provide some benefit with the new membership service starting in the fall.

– Q2: Would it be possible to change the minimum stock purchase from 100 to 10 or 20 shares? It’s expensive for individuals to buy.

Reducing the minimum stock purchase would increase the number of shareholders, and may possibly increase the price. Right now, it’s limited by regulation. Changes to Tokyo Stock Exchange market regulations weren’t possible. Mins can’t be changed, so a split would be required. A split might be a plus for some, but undesired by others. Will consider.

– Q3: Consecutive launches of 3DS and Wii U were a failure. 3DS recovered with a revised price, but Wii U can’t. Will NX suffer too?

As you say, the launches didn’t go well. Especially the Wii U. The 3DS was restructured domestically with several measures. The Wii U has not been restructured. Looking back, the DS didn’t sell very well right away, but was propelled by Brain Training. Ideally sales would start well, but only Wii has really done that. NX was announced as a new platform alongside the DeNA venture. The NX was announced then to indicate that we are not retreating from game platforms and will continue the hardware business. Normally, the announcement would’ve been made later. It was like revealing a magic trick ahead of time. New proposals require surprises to follow. Such information on the NX won’t be announced until 2016. No announcements today. Third-party hardware selections are based primarily upon install base numbers. Several unannounced collaborations with 3rd-parties are making progress.

NOA owns the Seattle Mariners as passed down by former President Yamauchi. It was unexpected for a Japanese business to own a Major League team, so we plan to continue valuing it. Randy Johnson and Ichiro’s numbers are not decided by Nintendo. Personally, I’m friendly with Ichiro and would like to cheer him on, but that doesn’t answer your question.

– Q6: About E3, there were few software titles shown this year. Why were only titles to be released this year shown?

Miyamoto: Regarding E3, what you said is partially true. It’s available on the Internet, so it’s a global announcement. However, it’s normally an event aimed at the NA business. It’s not only for titles coming soon; last year, experiments shown. This year’s announcements didn’t include licensee software, so the number was low. This criticism is understood. Sony and Microsoft had many announcements of future titles that were not playable. VR lined the floor as a dream exhibit. There were lots of video demos of those titles. Nintendo played them. They received high praise as living room game consoles. We collected lots of data and positive impressions.

Iwata: We realize Nintendo fans in Japan were disappointed. It’s a US trade show, so what’s included there is done with both global and American audiences in mind. This is what Nintendo’s booth looked like. It was different from other companies’; everyone was smiling, having fun with games. We didn’t hold a press conference, but had a Digital Event. Before that, we held the Nintendo World Championships. NWC was very lively. We want to correct the lack of satisfaction with E3 streams, but as a whole, reactions weren’t all bad. As Miyamoto said regarding short-term E3 announcements, we decide this on a yearly basis. We talk about future titles when needed. There are years when products are more finished and we can communicate their appeal. That may explain the difference this year.

– Q7: As a game fan, I’m worried about the split between the NX and Wii U.

Iwata: We can’t talk about the NX. If we do, competitors may take our ideas and customers won’t be surprised. This would not be beneficial for the company or its shareholders. The NX is new hardware, and will start from 0. However, the 3DS and Wii U have install bases. Immediately cutting off SW for previous HW upon the release of a new machine is inefficient. We will continue making 3DS/Wii SW while preparing for the NX. We are prioritizing satisfying customers who purchased the Wii U.

– Q8: Apps for smart devices will be released this year, but will they be paid or freemium? What’s the target age group?

Iwata: Smart devices include phones and tablets, which have large global install bases. Profits on big hits are very large. However, this isn’t an easy world in which just adding famous Nintendo characters will result in a big hit. As for monetization, there are regular sales and paid items or “free to play” systems. I don’t think that “free to play” is a good word, so I call it “free to start.” Regular sales aren’t succeeding. Apps for smart devices are highly competitive, and priced low. Some are discounted 90%. As for free to start, it’s possible to sell better progress rates or rare items. It’s becoming a societal problem. Globally, there are more that charge small prices to many users. Nintendo wants to make many apps that are global hits. We want to target many users irrespective of age, gender, game experience, or region to earn small payments from many users. We’re planning titles for this year and next, but not a large number of them. Console SW have big impacts on release, & slow down. Smart device apps’ users gradually increase. Development doesn’t end. I want to raise a few of these.

– Q9: Using a player’s face in a game is usually just of the person holding the machine, but will you show others’ faces? I want to buy lots of Nintendo merchandise, but there’s no Nintendo bread. There is candy. Could there be Uniqlo shirts, or shoes?

For character faces, Mii characters have been used since the Wii. They have lots of freedom and appear in games. Using faces resembling your favorite hero or heroine is difficult. Is it better to have more licensed products for the sake of it? There’s quality control. Characters become consumable. Nintendo wants to raise its IP over the long-term. Making positive use of them isn’t in the quantity, but in increasing quality.

– Q10: Your company appears to hold lots of its own stock. How do you plan to use it?

Iwata: Yes, the company holds more than usual. It’s a point of discussion. Famicom is 32 this year. We’re approaching a turning point, so we’d like people to hold. We’re thinking of redeeming more and such upon achieving results. We’re thinking of the timing to use our shares for mergers & acquisitions and partnerships.

– Q11: Are you planning to make more use of Nintendo characters? Pokemon anime is popular worldwide.

Iwata: This Q&A overlaps with the previous one. We consider this internally and think globally. Short-term hits may be oversupplied, creating cases of excess stock and character value damage.

– Q12: How are Virtual Console sales? Some SW can only be acquired on Virtual Console. Can anything be done about discontinued SW? I was also happy to hear about Splatoon reaching 1m sales.

Iwata: We’re happy that Splatoon, in which new squid characters squirt ink, has been received well and sold 1m quickly. We do not disclose individual Virtual Console sales numbers, as there would be no end to them. Virtual Console releases require testing, checking for present-day issues, and other various work. It’s not that we don’t want to put in the effort, but there’s new SW development, so we can’t use our limited headcount just on old products. With a few exceptions, we have the rights to Nintendo titles and can release them, but negotiating 3rd-party SW isn’t easy. We want to strive to continue providing a satisfactory Virtual Console lineup.