Nintendo Everything is introducing a brand new feature known as “Developer Musings”. For each entry, a few different Nintendo developers (usually between 3-5) will share their thoughts about a particular topic, ranging from developer-specific ones (like our first topic below) to more “light” subjects (such as their favorite Nintendo games).

Head past the break for some thoughts from Watsham, Hörberg, and Velasco about creating game trailers. 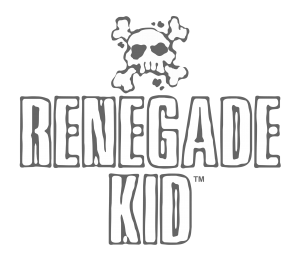 Upcoming Games: Renegade Kid is working on a bunch of projects at the moment. Moon Chronicles– an updated version of the original game– will be available this spring. Treasurenauts should follow a little later this year. Renegade Kid also recently announced Razor Global Domination Pro Tour, and of course, Mutant Mudds 2 is expected sometime in the future.

The way I like to present our games to players, from the moment of the first announcement up to the launch of the game and beyond, is to carefully release new information about the game to create excitement and hopefully engage player’s interest. Creating just one trailer that encapsulates every aspect of a game can be helpful, whereas some games may benefit from a series of trailers that each tell you something new about the game.

The most recent trailer that I created was the ‘mystery’ trailer for Moon Chronicles. This was the first trailer for Moon Chronicles, and could have served many different purposes. I chose to go with presenting the story to set the stage for those who might not be familiar with the game, but also wanted to make sure players who were familiar had something to get excited about.

I started by planning out what shots might work, by making notes in a document. This mainly consistent of the various story cutscenes I wanted to use from the game – ones that showed a progression of Major Kane visiting the moon, and then entering the hatch. I knew that I wanted to use the voice over of Major Kane during the opening segment, so I had to make sure the video segments were timed correctly.

The next thing I did was capture gameplay footage to show off some awesome looking segments of the game to excite fans of the original game. I have an official Nintendo capture kit, which enables me to play the games that we have in development and capture footage to my computer’s hard-drive. I captured a ton of content, which consisted of a mixture of me just playing the game normally, and also panning around, looking at cool stuff.

Once I had the intro cutscene portion of the trailer laid out in the video editing software, I started viewing the captured footage to see what might fit. At first, I was considering a mixture of exploration and action. But, when I chose which music to use, I found that I wanted the gameplay segments to sync up with a certain portion of the tune, which lent itself best to dramatic moments of exploration and panning instead of high-action enemy-blasting. I wanted to use at least one shot of an area that I felt presented an obvious visual improvement over the DS version, which I believe the first and last gameplay segments accomplish.

I really liked this idea, because it focused on the story element of the game and cemented the fact that Moon Chronicles was equally about story, exploration and non-action as it was about blasting enemies and avoiding their shots. Ending the trailer with the reveal of the Spider Tank and showing Major Kane readying his rifle shows that there’s plenty of use for his weapon, and also creates a nice moment of, “Whoa!” for those who were engaged with the trailer, as this is the first moment you see something other than Major Kane. It opens up the possibility in the viewer’s mind that there could be anything down there, waiting for you!

I expect we’ll have at least one more trailer on or before the launch of the game that will incorporate new elements of the game and act as a companion trailer to the first.

Previous Works: Hörberg is most well-known for his work on Gunman Clive. However, he also developed a couple of other mobile titles: Helium Boy and Trouser Trouble.

Upcoming Games: For the most part, Hörberg has been keeping quiet about his next game. We do know that it’s a Zelda-inspired project of sorts, featuring a top-down perspective with 3D graphics. Last year, Hörberg shared a couple of GIFs of the game in motion. The unnamed title will be available digitally on 3DS.

I’m not very good with promotional materials in general; I don’t do any pretty concept art or high quality renders, so the only thing I really can show is ingame graphics and gameplay. That can make it hard to do an interesting looking video of a game, especially if you don’t have a bunch of cinematic cutscenes and in a genre like sidescrollers where you have the same camera perspective in every shot. Even harder in Gunman Clive which uses the same colour palette throughout the entire game. That can end up with a very bland video, so I tried to find all the areas in with the most visual diversity, and big enemies and bosses also help add a bit visual impact. Though you don’t want to show all of them in the trailer and spoil it for the player (which I nearly did). Luckily the gameplay itself is pretty easy to communicate in Gunman Clive so I didn’t have to spend much effort to explain what the game is and could focus on just making the video visually appealing.

Also in regards to the Gunman Clive launch trailer, it received a lot of attention for the somewhat self derogatory subtitles (calling the game “a gerenic old school platformer” and touting “lots of brown” etc.). That wasn’t really something planned; I tried hard to come up with proper hype-inducing taglines but that made me feel rather silly so I wrote down some less serious ones as place holders, and on a whim decide to upload the video with the silly subtitles still in there. 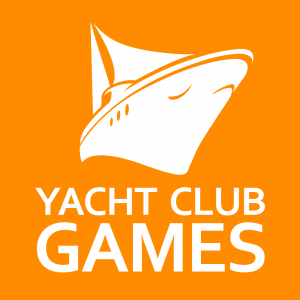 Previous Works: Before establishing Yacht Club Games, Velasco was involved with Contra 4, A Boy and His Blob, Batman: The Brave and the Bold, and Mighty Switch Force!

Upcoming Games: Yacht Club’s first project is Shovel Knight, which is just a few weeks away from releasing. You should be seeing it on the Wii U and 3DS eShops on March 31.

Shovel Knight’s initial trailer was essentially an announcement for both our new game and new company, Yacht Club Games. This trailer was also going to be used as our Kickstarter pitch video, so it was extremely important. We hemmed and hawed over the trailer for what seemed like forever. The game itself had only been in development for about a month when we put the trailer together, so all concepts were congealing at once.

Initially, we were going to do the standard Kickstarter video; we shot a bunch of footage of one of our devs talking about the game, which we were going to intercut with B roll of the game being played. The idea behind this was two pronged; we could get lots of info to people via the chat, and we wouldn’t have to create as much gameplay footage from our tiny game prototype! We did this for several days, walking and talking outside. But when we watched the footage, it wasn’t delivering the message in a fun enough way, or in the tone we wanted. It also overemphasized one person, which we wanted to avoid.

Instead, we decided to make a trailer as if the game was already done, and let the game speak for itself. We didn’t like to watch talking heads in videos, so why would we make a boring video like that? We set to work on deciding what gameplay concepts we’d show in the video, focusing on emphasizing Shovel Knight’s gameplay, world, and tone. We’d try to excite people with cool gameplay mechanics in our NES game, not with graphical flash.

Our main mechanics: bouncing on enemies, digging up dirt, and fighting, all had to be represented. We wanted to showcase at least one epic boss, and a variety of environments. Also, we wanted to pepper in a few NES-style moments that we thought players would love: running over the HUD to find a secret, climbing ladders and transitioning screens, and battling an AI knight using Shovel Knight’s unique abilities. Because we had no completed levels or developed gameplay, most of the gameplay situations were created specifically for the trailer. And one or two scenes, like the boss encounters, were animatics made in Flash.

To complete the package, we knew we needed an epic song. We were lucky enough to snag Jake Kaufman for our aural experience, and in the meantime we cut everything together using an orchestral version of the Dragon Quest theme as a placeholder. Something epic, but also friendly, maybe even funny!

Once we knew what we wanted, creating the trailer was laborious; we spent weeks of capturing the right moments from our fledgling game (or crafting new moments just for the trailer) and cutting them together. It was a miracle we could get a couple minutes of gameplay that looked as good as it did, though it looks very dated when we look at it now! Because the scenes were cut to the music, it was easy to substitute small sections of the video until we smoothed all the boring parts out.

When the final trailer music arrived, we recut the footage to match the beats perfectly. The song also influenced some of the trailer’s moments; for instance, the crescendo from orchestral to 8-bit in the opening moments prompted us to create the environment flybys so we could save the reveal of Shovel Knight for a fade-in a bit later. Luckily, our obsessing seemed to pay off, and the trailer was very well-received.

I don’t think we can overemphasize the importance of nailing the theme and tone of your game in all of your messaging. When people saw the Shovel Knight trailer, they knew exactly what it was, and were excited. It was a big sensation for our really tiny studio, that’s because we spent a ton of time and energy making sure it was just right.

Nintendo Everything would like to thank Jools Watsham, Bertil Hörberg, and Sean Velasco for their valuable insight and for taking the time to contribute to our feature.