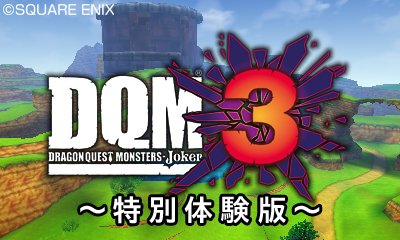 Square Enix has been teasing Dragon Quest Monsters: Joker 3’s demo for awhile now. Today, the company finally announced that the download is due out on March 9 at 10 AM Japan time via the eShop.

Those who download the demo can try out the series’ “Monster Scout” system, along with new elements such as the “Ride System,” and monster and field object analysis using the new “Reactor” tool. Clearing it will award players with a “present code” that can be used in the full game.