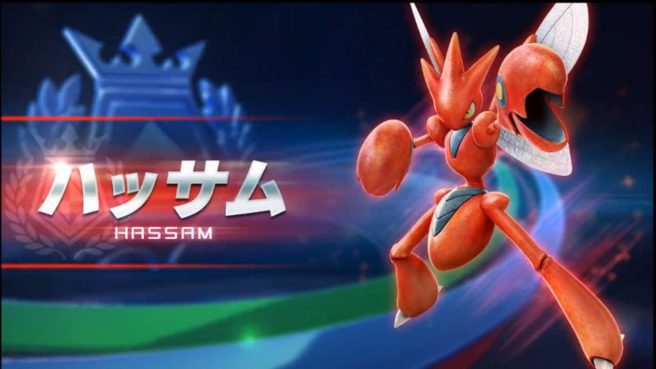 A few days ago, we heard that a new character would be revealed for the arcade version of Pokken Tournament. That mystery addition was just confirmed to be Scizor during a live stream broadcast in Japan.

And plenty of gameplay:

Scizor is joining the arcade version of Pokken Tournament on October 20. It will be capable of evolving into Mega Scizor.