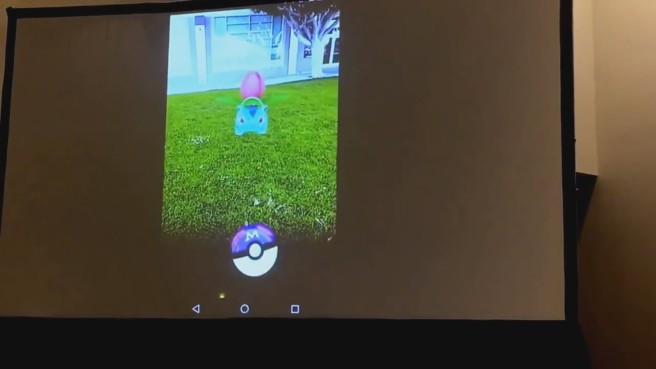 Update: We’ll keep the rumor tag until it’s 100% confirmed, but this is looking even more legitimate. Here’s another look at the same footage from one of the SXSW panel attendees:

Niantic may have just shown the first Pokemon GO footage during a panel at SXSW. Take a look at some off-screen gameplay below.

As this has not been 100% confirmed, we’re marking the post to indicate its current rumor status.