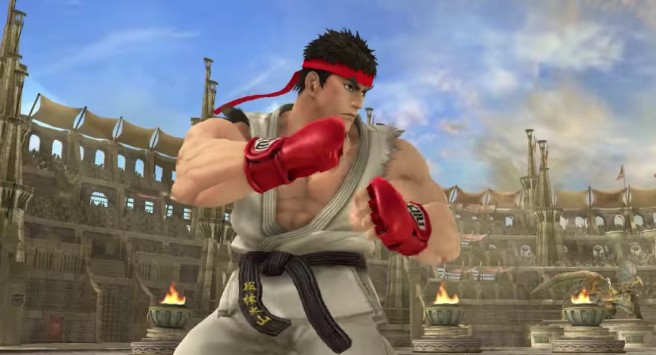 Update 2: Here’s a complete rundown of everything leaked today:

Also added Ryu and Roy’s color variations to the gallery below.

While the characters themselves aren’t a surprise thanks to data that previously outed their existence, confirmations of both certainly are. Clips for the two characters leaked out in the early morning about an hour or two ago. Take a look at both below.

Unfortunately for Nintendo, the leaks don’t stop at characters. We have a first look at Ryu’s stage, as well as an Inkling Girl trophy. Supposedly, Dreamland 64 is coming to both versions of Smash Bros., and new music tracks include Rhythm Heaven’s Blue Birds and Monkey Watch.

The source of the leak apparently stems from an early patch that went live in Japan. All of this content may possibly be available for download starting tomorrow!

Thanks to Timz117 and dimweat for the tip.