Sakurai on the inclusion of Cloud, Corrin, and Bayonetta in Smash Bros. Wii U/3DS 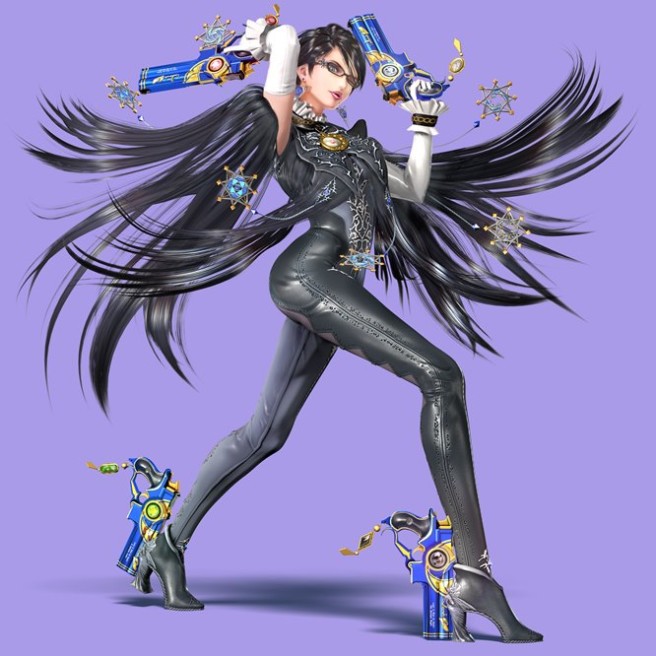 With Cloud, Sakurai reiterates what he said during the Smash Bros. presentation about his inclusion. He was picked as a roster addition because he’s the most popular Final Fantasy character by far.

Since Cloud holds the huge Buster Sword with one hand lightly, that means he excels in all of power, speed, and range. But with such stats he would be breaking the game balance, so to counterbalance that, the team made his moveset to be heavily based on swinging, especially as shown by his horizontal Smash Attack. If it’s charged properly, he launches a 3-hit combo quickly. It has the speed and range, but they’re giving it a disadvantage in a huge gap and low recovery rate. They also added Limit Break as a system to represent Final Fantasy VII. If the Limit Gauge is charged to its maximum, the Finisher Attack can be greatly powered up, but only once. This will change the battle situation, so it’s a peculiar tactic that both the user and opponent need to be aware of.

Moving on to Corrin, Sakurai mentions that since they’ve been making DLC for Smash Bros. Wii U and 3DS, they’ve been thinking about adding a character from a title that’s about to or just saw release. The game of choice here falls to Fire Emblem Fates, which came out in Japan back in June and will be heading west in February. Sakurai writes that he himself thought they were adding too many characters from Fire Emblem, but after speaking with the development staff, he was assured that Corrin would make for an interesting fighter.

Finally, Sakurai shares a few words about Bayonetta. As we mentioned a bit earlier, she was selected as the Smash Bros. Fighter Ballot winner after nearly 2 million votes worldwide. Bayonetta was the top rank character from the poll in terms of realizable and negotiable characters. Since Nintendo published Bayonetta 2, it was easy to negotiate that.

Sakurai did have some problems in terms of moving her from Bayonetta to Smash Bros., however. This is why he ended up making her as a combo-oriented character. Another problem they’re having is how to keep her from raising the game’s rating, as in Japan even the slightest sexual exposure would raise the game’s rating from A (for all ages).