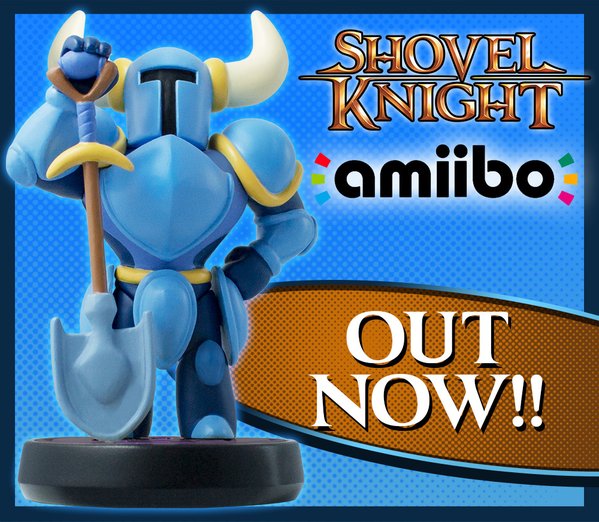 With the arrival of the Shovel Knight amiibo, the game itself has received an update. Version 2.2 is out now in North America on both Wii U and 3DS. It’s not yet available in Europe, but Yacht Club Games says it “should be rolling out to systems within the next week.”

Shovel Knight's 2.2 Update is now live on Wii U and 3DS in US! It was just released so if you had trouble before then give it another try!

Shovel Knight’s 2.2 patch also encompasses the 2.1 update, which adds amiibo support. Europe has had access to 2.1 since December while North America has been at 2.0 until today. You can find the notes for the two latest updates after the break.