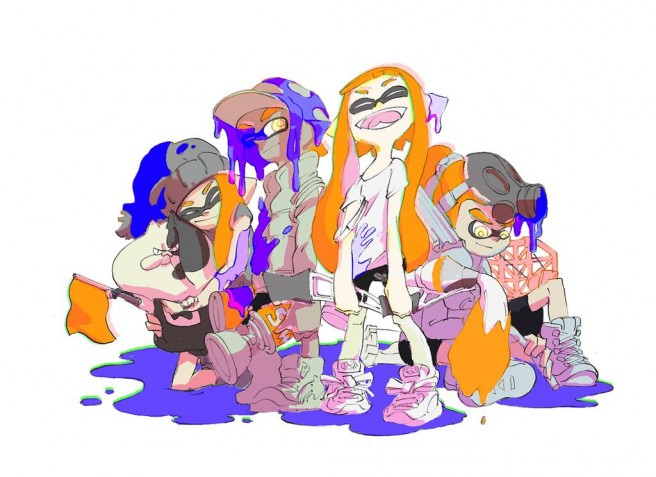 Update: Bumped to the top. We have the official announcement from Nintendo with a breakdown of sales in each region. That’s posted after the break.

Splatoon has sold one million copies, Nintendo has announced. That figure accounts for units moved in all territories, including North America, Europe, and Japan.

Nintendo also prepared a new Japanese commercial for Splatoon today. You can watch that below.

REDMOND, Wash.–(BUSINESS WIRE)– Nintendo has hauled up its nets, tallied its catch and crossed another milestone. Sales of Splatoon, the new squid-based game for Nintendo’s Wii U home console, have crossed 1 million worldwide, according to Nintendo’s internal figures. That figure includes more than 476,000 physical and digital units sold in the Americas, more than 368,000 sold in Japan, more than 230,000 sold in Europe and an additional 20,000 sold in Australia and New Zealand.

“Ever since Splatoon launched on May 29 in the United States, we’ve seen thousands of people go online to have fun in this colorful, chaotic competition,” said Nintendo of America President and COO Reggie Fils-Aime. “This milestone puts us in a nice position as we prepare to launch 11 more exclusive Wii U and Nintendo 3DS games before the end of the year, plus amiibo, digital offerings and games from our third-party partners.”

Splatoon multiplayer pits teams of four online players against one another as they try to splatter a majority of the playing area with their team’s colorful ink. Players can transform into squids and swim through pools of their own ink to move faster or maneuver up walls to access hard-to-reach areas.

Note that broadband Internet access is required for online play. Remember that Wii U features parental controls that let adults manage the content their children can access. For more information about this and other features, visit http://www.nintendo.com/wiiu.