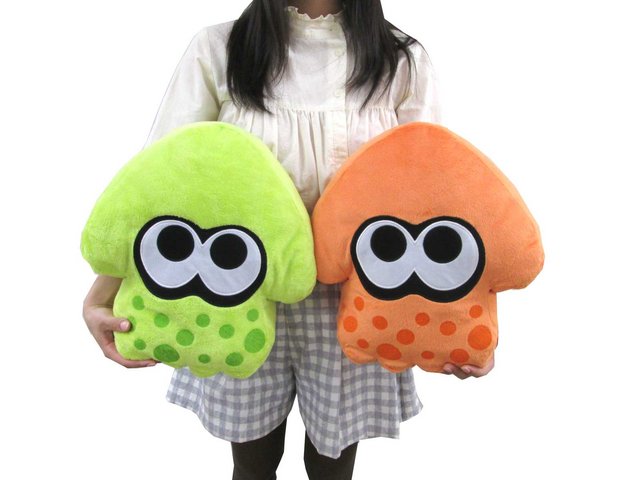 The Splatoon hype continues as Inside-Games just announced via Twitter that plushies based off of the squids in Splatoon are heading to Japan in late July.

These awesome plushies will come in orange and green and will be both be priced at 2,800 yen.

As someone who’s excited for Splatoon beyond comprehension, and wants as much Splatoon merchandise as possible, this is really exciting to see. Let’s hope these make their way to the west and we see even more plushies later down the line! Maybe some Inklings and Octolings too? Let’s just hope these are ink-free.