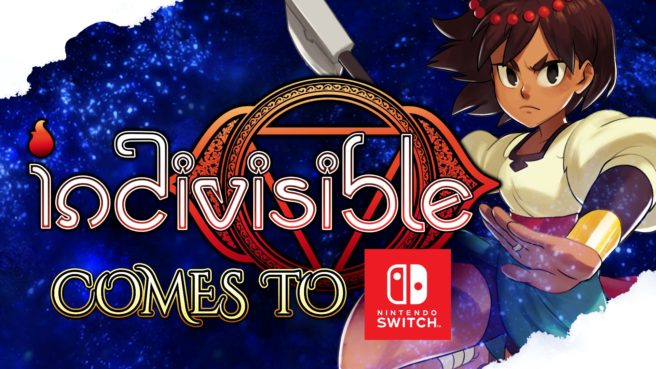 505 Games has issued a statement surrounding Lab Zero Games, the developer it partnered with on the creation of Invisible. Lab Zero essentially shuttered this summer following allegations of misconduct against lead designer and programmer Mike Zaimont. After Zaimont refused to resign and gave an ultimatum to employees, most of its staffers departed.

505 Games is the publisher for Indivisible, and new content was expected for the game prior to this summer’s allegations. Unfortunately, due to what transpired, it’s now confirmed that “there will unfortunately be no more production on the game” – including guest characters and backer-created characters. A final update for the Switch version should release next week with Razmi’s Challenges, New Game+ and couch co-op.

In light of the recent restructuring and dissolution of Lab Zero, 505 Games would like to clarify what this means for the future of Indivisible.

At this stage, apart from content that is already in submission, there will unfortunately be no more production on the game.

We understand that longtime players have been waiting for Guest Characters as well as some Backer-created characters. Regretfully, this additional content will not be added to the game.

There is an update for Nintendo Switch that is already in submission. It will add Razmi’s Challenges, New Game+ and Couch Co-Op to the Nintendo Switch. That update will bring all platforms to the same level of development and offer a complete game experience to all current and future players. This is expected to release this month starting on October 13th and rolling out to other regions afterwards.

Indivisible is a game of diversity, inclusion, friendship and evolution. 505 Games worked with the talented and creative people at Lab Zero for many years to bring Indivisible to life.

We are proud of the game that was created and are happy that it has received the positive response that it deserves. We are sorry the journey has ended this way.

We wish to thank all the Indivisible players, new and old, who have supported the game. From the bottom of our hearts, we appreciate you all.