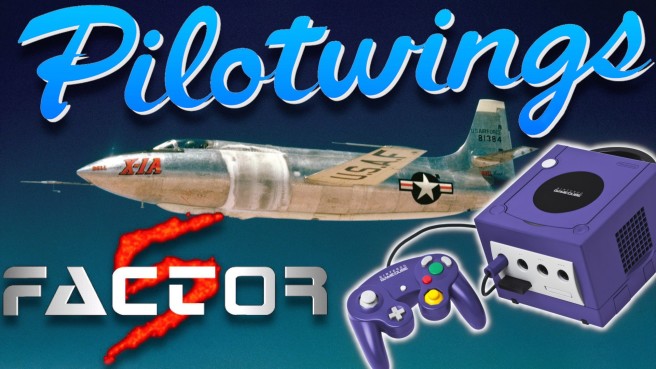 One of the stronger rumors surrounding Factor 5 back in the day was the possibility of the studio creating a new Pilotwings title for the GameCube. In a new video (see below), Liam Robertson looks into these claims and sheds more light on the situation.

As it turns out, there were in fact plans to have a new Pilotwings entry on GameCube at one point. This initially came about in 2001 when Factor 5 was in talks to work on one of Nintendo’s franchises. The new Pilotwings game would have taken some inspiration from the SNES classic, but it sounds like the project would have turned out into something completely different.

Pilotwings on GameCube was never anything too tangible, however. Other than early prototypes, not much was completed. With pressure from LucasArts who helped fund Factor 5’s work on Star Wars Rogue Squadron III: Rebel Strike as an exclusive for the struggling GameCube, it was suggested that Pilotwings should be changed into an official game based on The Right Stuff for the Xbox. And after Rebel Strike’s sales disappointed, Factor 5 began pitching its Pilotwings prototype work to publishers as a flight game that would theoretically make use of The Right Stuff IP. Companies showed a lack of interest, however, and the entire project was eventually shelved.