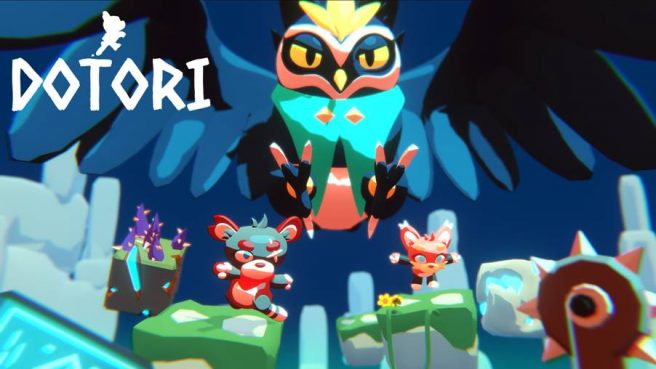 CFK and indev-studio today announced that Dotori, a side-scrolling action adventure game, is heading to Switch. It’s due out sometime in February.

Rico the Squirrel was living a peaceful life collecting acorns.

It was another peaceful day for Rico, doing his work with his sister Lottie. Then, out of nowhere, an owl flew by and kidnapped Lottie!

Now Rico must embark on a hard journey to save her….

As Rico the Squirrel, player gets to explore places filled with mysteries. The stages are full of challenges that require agility and quick reflexes. Player will see Rico perform a variety of actions using only simple commands such as run, jump, and throw.

Dotori, Rico’s tale to save his sister, will be released on Nintendo Switch (DL Only). It will have its official release date soon.

A squirrel living in peace collecting acorns. His face seems to suggest he has been through many hardships in life. His sister is more precious than anyone else.

Rico’s younger sister. It was a peaceful day like any other for the family until an owl took her away.

A mysterious owl with bizarre hairstyle. He kidnapped Lottie for reasons unknown.