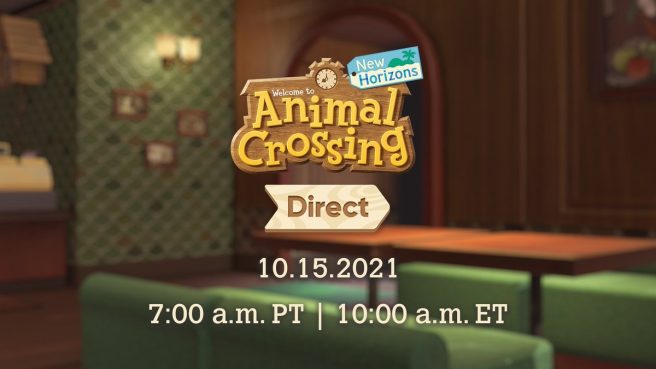 Today’s Animal Crossing: New Horizons Direct will be starting in an hour, and we’ve got a live stream ready for the proceedings. It will kick off at 7 AM PT / 10 AM ET / 3 PM in the UK / 4 PM in Europe.

During the broadcast, Nintendo will be detailing upcoming content planned for the Switch title. This was first teased during the most recent general Nintendo Direct in September. We’ve thus far gotten a tease of The Roost, but not much else is known beyond that.

You can watch the Animal Crossing: New Horizons Direct live stream as it happens below. Note that the event will be about 20 minutes long.