Aonuma recalls how Zelda: Ocarina of Time helped one girl recover from her illness 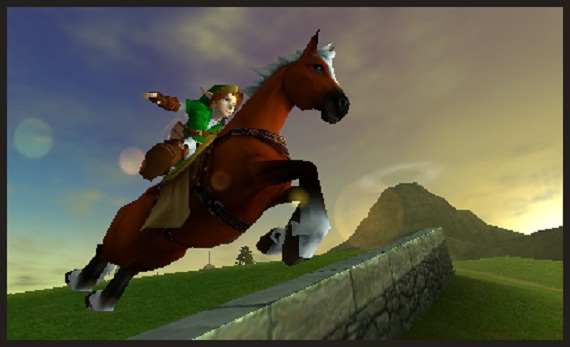 Eiji Aonuma has shared the one Zelda-related memory that moved him the most.

Back in the day, Aonuma received a fan letter from the mother of an elementary school girl who was sadly hospitalized due to an illness. She gave her daughter Zelda: Ocarina of Time to play.

After initially thinking that it would be impossible to complete, the girl started to get the hang of things and ended up deciding, “if Link is trying this hard, then I will, too!” – referring to her rehabilitation. “And before they knew it, she was back to her healthy self,” Aonuma said.

Check out Aonuma’s full words below.

Since I began working on The Legend of Zelda, what has moved me the most came from a certain fan letter. This letter was from the mother of an elementary school girl, who was hospitalized due to an illness, and she gave her daughter Ocarina of Time so she could play it while rehabilitating.

At first, she felt “this is impossible for me,” but over time, she began getting the hang of it. Then one day, she told her mother, “if Link is trying this hard, then I will, too!” as she put more effort into her rehabilitation. And before they knew it, she was back to her healthy self.

After reading the letter, I thought about how Link is someone who is being controlled by the player, but there’s also a little something he was able to give back over time [in this case, courage to the little girl].

To think that one could put in more effort after watching Link to do the same, and that such a positive way of thinking arose from the game, is something that makes me very happy.

It’s not that we purposely intend that while making games, but the key lies within what the players get to experience in the world.

However, I believe that The Legend of Zelda is a game that can possibly bring out such feelings, and if you could start expecting that from now on, it’d bring me great pleasure!