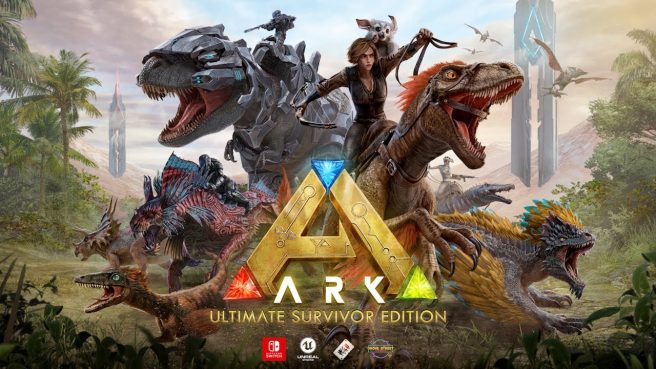 Original (10/21): ARK: Ultimate Survivor Edition has been delayed again, and the title will now launch in November. We don’t actually have a specific date. Studio Wildcard says it’ll be out on Switch early next month in North America with the European release happening “soon thereafter”.

ARK: Ultimate Survivor Edition was originally planned for September. After that, it was moved to October 25. We hopefully won’t be seeing any further delays.

Regarding the situation, Studio Wildcard explained that “the environmental situation in the Pacific Northwest has delayed our planned October 25th release date. The patch and DLC will now be released in early November. Players should expect an approximate 6.5GB download. After downloading the patch, the install size on your Switch for ARK: Survival Evolved will shrink from approximately 11.7GB down to 6.5GB.”

It’s not all bad news as we do have a new trailer showing off ARK: Ultimate Survivor Edition on Switch. You can check that out below.

Further information about ARK: Ultimate Survivor Edition can be found here. It includes details for players that own the original game and intend to download the free patch.