Atelier sales on Switch catching up with PS4 in the west 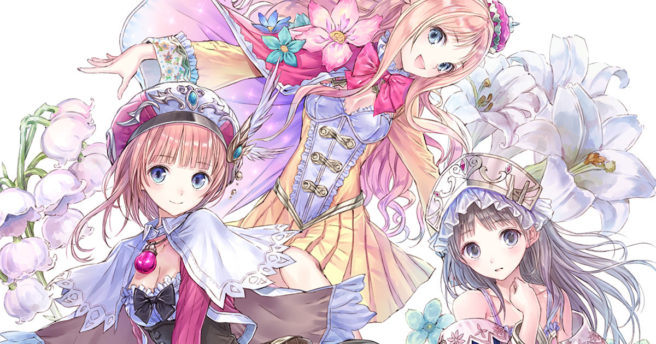 Switch is really the first time that Koei Tecmo and Gust’s Atelier series has been prominent on a Nintendo console. Atelier Lydie & Suelle got things started, followed by the Atelier Arland trilogy, Atelier Lulua, and the upcoming Atelier Ryza. Despite the franchise not really being associated with Nintendo platforms until this generation, the IP seems to be gaining some traction on Switch.

In an interview with GamesBeat, Gust’s associate head of development Keisuke Kikuchi said that Switch sales are “catching up with the PS4 version due to constant growth”. However, Steam “dominates sales” in Asia. Japan is where Atelier sells the most on the whole. Kikuchi also mentioned in the interview that the console versions of Atelier “have almost had the same performance throughout the years, but the best-selling title overall would definitely be Atelier Sophie: The Alchemist of the Mysterious Book.”

The interview had Kikuchi discussing the localization of Atelier for the west. When asked how difficult it is, he explained:

“We are so worried about if we can convey the nuance of the scenarios and the characters’ personalities accurately to the U.S. market. Especially for the gag scenes, we are not sure if users from NA will have the same response as Japanese users, you know, ‘Are they going to laugh?’ Also, as you may know it already, one of the Atelier series’ features is to grind for rare traits, and then enhance or create powerful items and equipment via synthesis. Most of our Japanese fans love this very much but we don’t know if users from NA will like and enjoy it or not.”