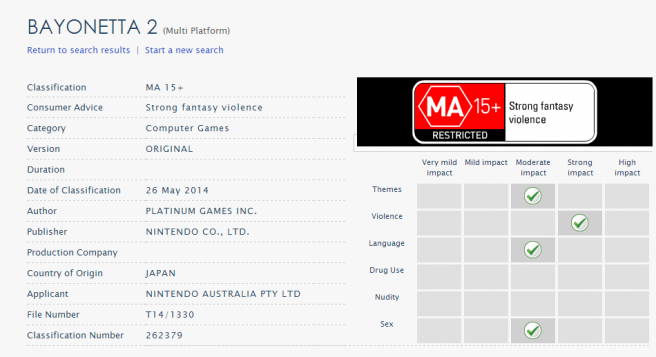 Generally speaking, we shy away from posting classification listings unless they are of some significance. While the OFLC’s rating for Bayonetta 2 doesn’t bring anything new to the table, it does seem to be a sign that the game will be arriving sooner rather than later. We also learn that the game has earned a MA15+ rating – the same classification as its predecessor.