10 games with the best graphics on Switch 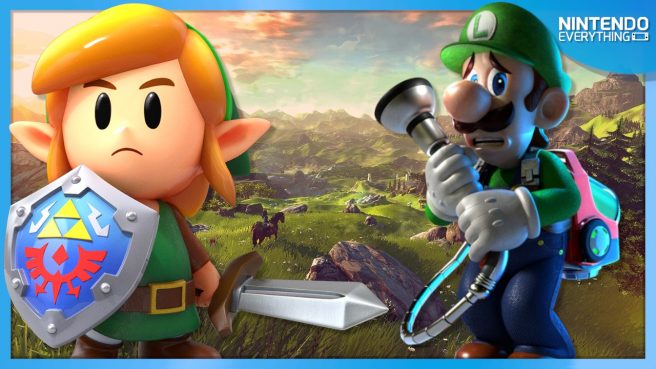 10. Kirby and the Forgotten Land

To say that Kirby had a good transition to 3D would be an understatement. The series has rarely shown up in a 3D space, and seeing it on the Switch in this way is truly beautiful. The environments pop on every level, and each enemy has a new visual element to enjoy. Additionally, the biggest draw to this game is seeing all the ways Kirby stretches over items. A traffic cone may look unremarkable at first, but stretch a Kirby body over it and it is hilarious to look at.

The true fun of this game is the absurdity of the visuals. Kirby has always had abilities (and they all look amazing here), but seeing these extra Mouthful Mode abilities is a blast. Every time Kirby swallows an object there is a moment of joy that is only intensified as players navigate their surroundings. It’s completely ridiculous in the best way possible, and there is so much to explore in this 3D world that it establishes itself as one of the best looking Switch games. 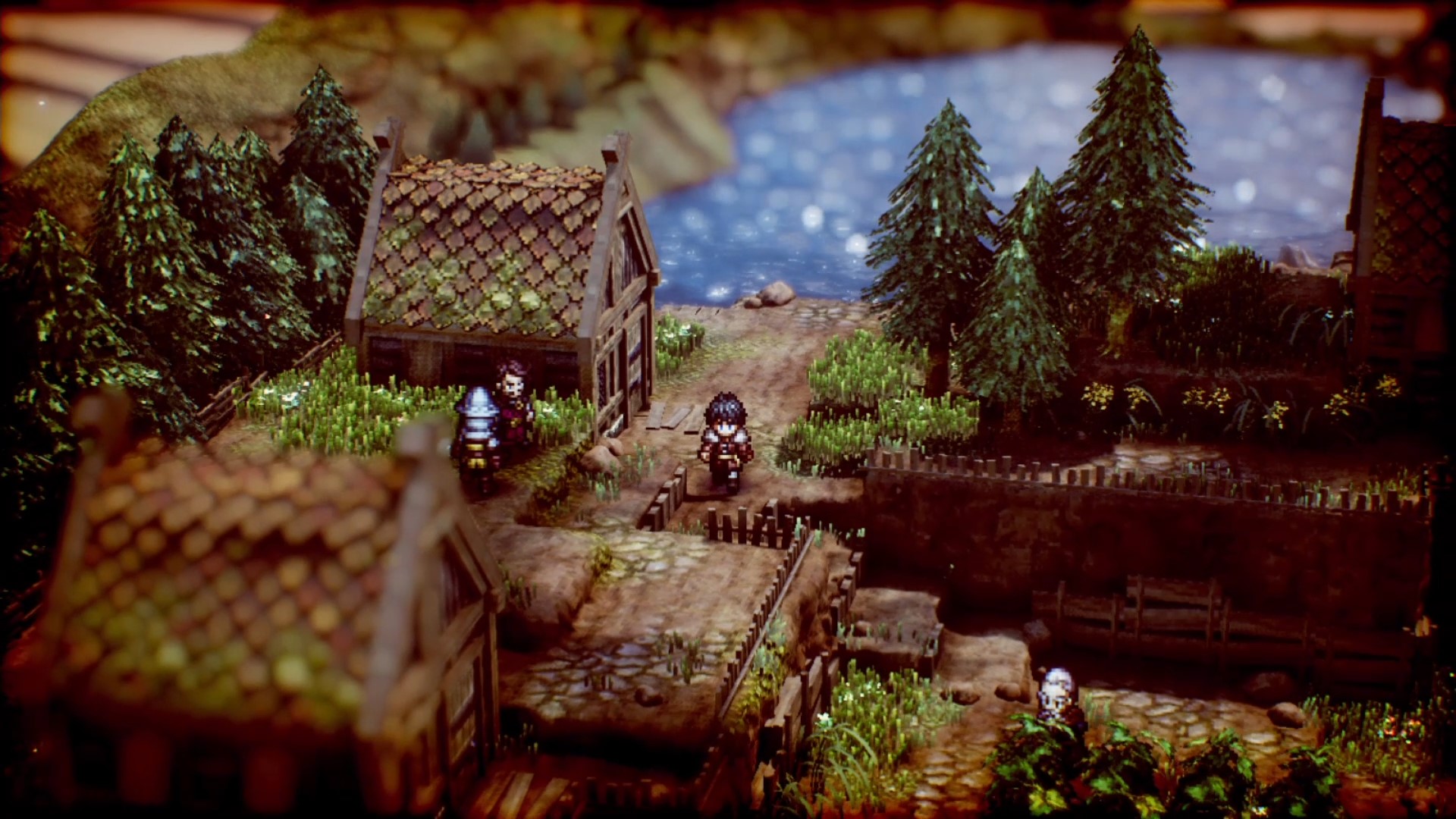 The 2.5D art style featured in Triangle Strategy is arguably the most beautiful way to preserve the retro look of the classic era but also enhance it for a modern audience. The art perfectly calls back to the classic strategy games that defined the genre and each new battlefield, story scene, and overworld map just further solidifies how stunning this game is.

The game looks like a storybook that has been digitized, and the added 3D elements such as water and certain battle effects create emphasis for the most eye-catching features. Add in the well-illustrated character portraits and Triangle Strategy rivals its predecessor Octopath Traveler (which would have been featured in this list if it wasn’t available on Steam and Xbox). 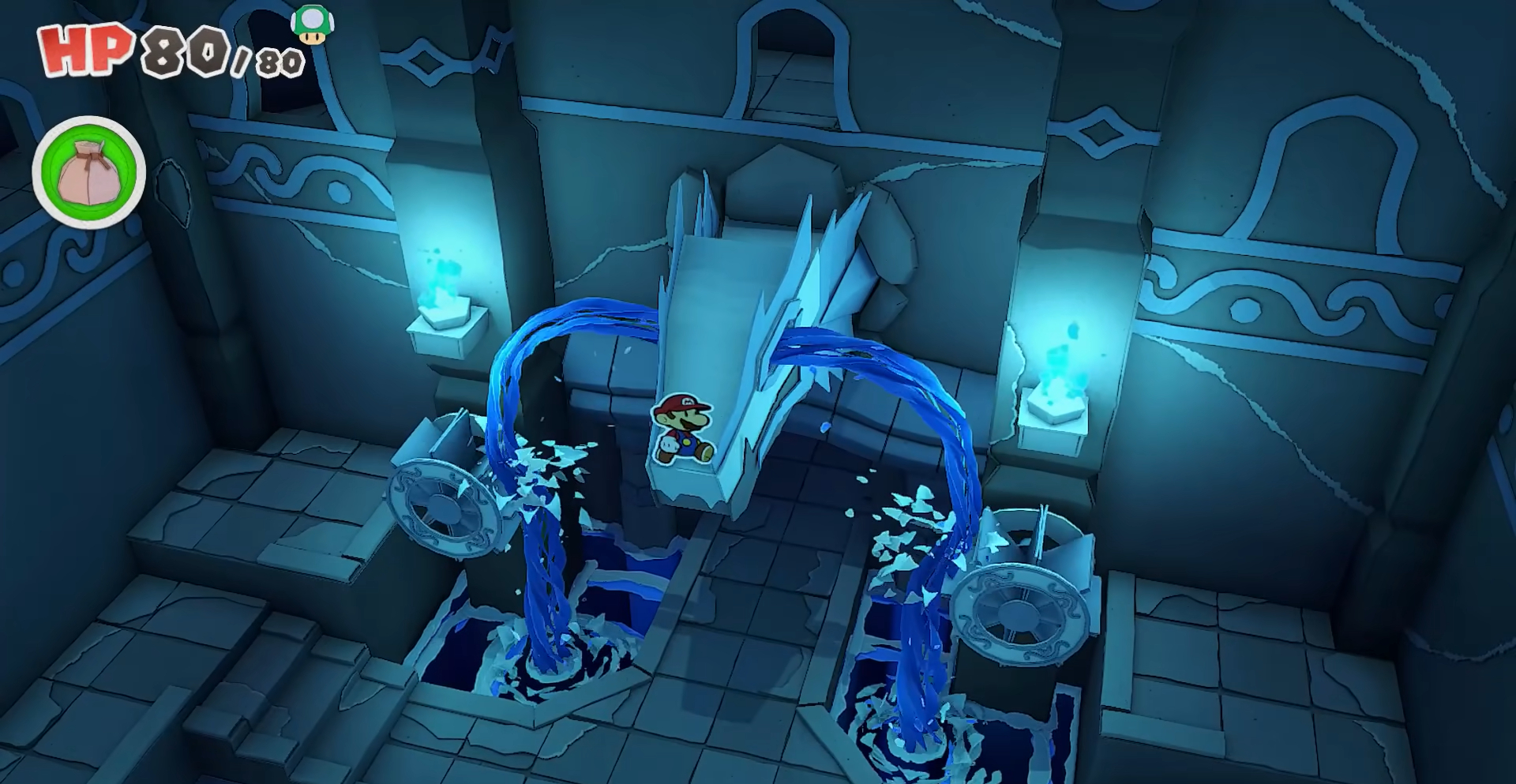 Speaking of storybooks, Paper Mario: The Origami King answers the question of: what would a pop-up book look like as a video game? The paper crafts that are a staple of the Paper Mario series have never looked better, and the addition of Origami fits right into the world. The character designs may be a topic of debate (the more simple/less stylized characters aren’t everyone’s favorite), but it’s hard to argue that each of them look amazing in this paper world.

Specifically, the bosses are the highlight in this entry as each have an origami design that could be recreated in the real world (with a lot of time and skill). From a massive tortoise to a flaming phoenix there is a lot to take in here, and every boss is so fun to discover and fight against. This is juxtaposed with items that look more realistic (such as a color pencil boss), and all of this in the same game makes it so everything is fun to look at. 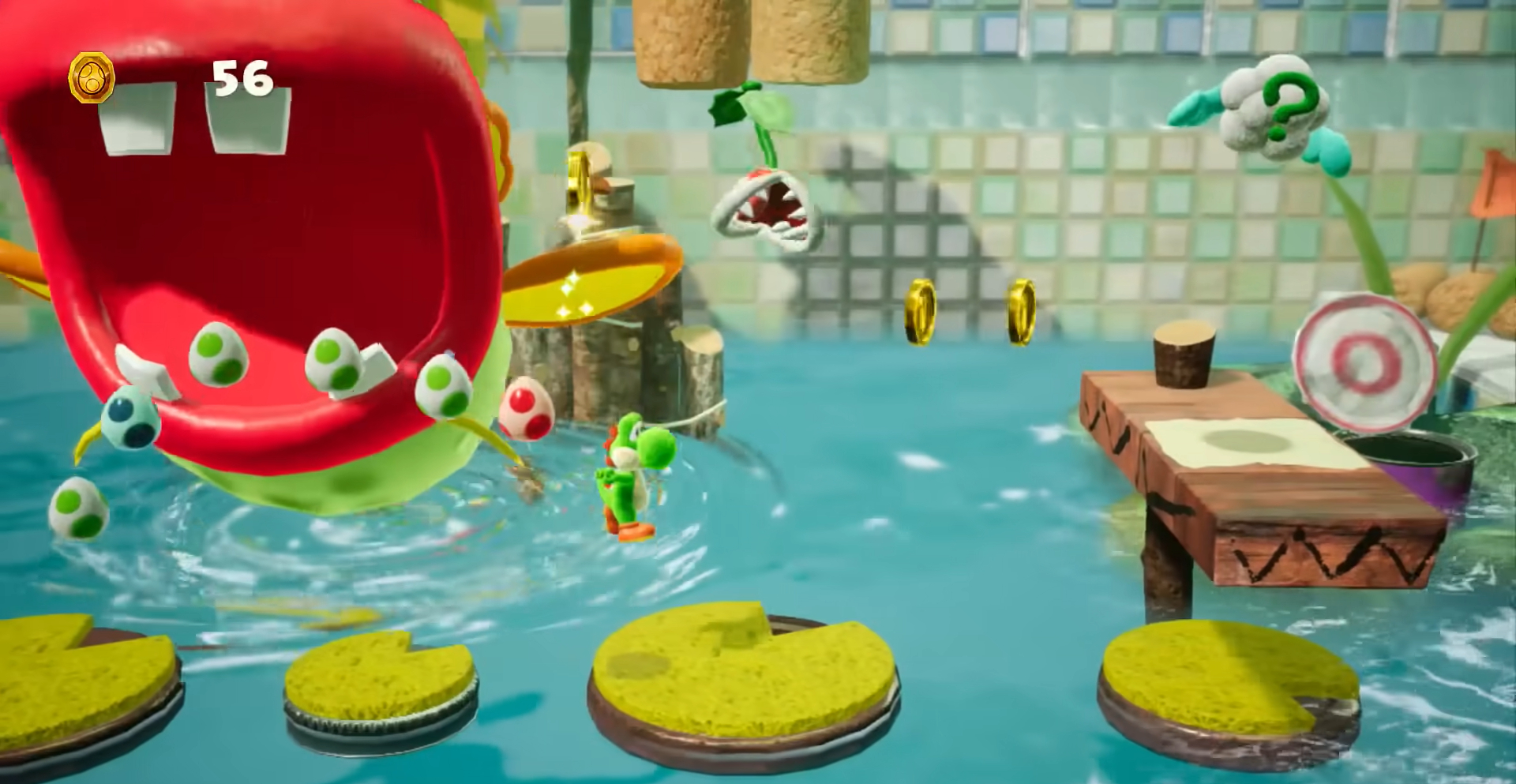 Yoshi’s Crafted World may appear visually similar to Paper Mario: The Origami King with its realistic objects rendered into a fantastical world. However, this similar visual style in Crafted World is used in a very different way. Paper Mario is proposing that the game world looks this way and the visuals are used to enhance this fantasy world. Crafted World is simply making a fun experience with the world made up of these objects. It’s kind of like Yoshi has been placed in a Diorama and someone has laid it out in a very specific form to have a fun journey going forward.

That being the case, the visuals are meant to be recognized as something from the outside world, and each piece of it is fun to discover. Players are supposed to have moments of breaking the forth wall and saying things like “that’s cardboard glued to aluminum foil!” when they see an obstacle made of such things. It’s just plain fun, and finding each little item that could potentially be made in real life is a blast throughout the game’s run time.

Continuing on with these entries, it’s easy to see a pattern forming here. The Switch holds many games that have unique and striking art styles. These are games that look unlike anything seen on other consoles, and their beauty comes from innovative art design rather than a proprietary engine with graphical fidelity. This next entry falls into this category, as it also has a very unique art style.

6. The Legend of Zelda: Link’s Awakening 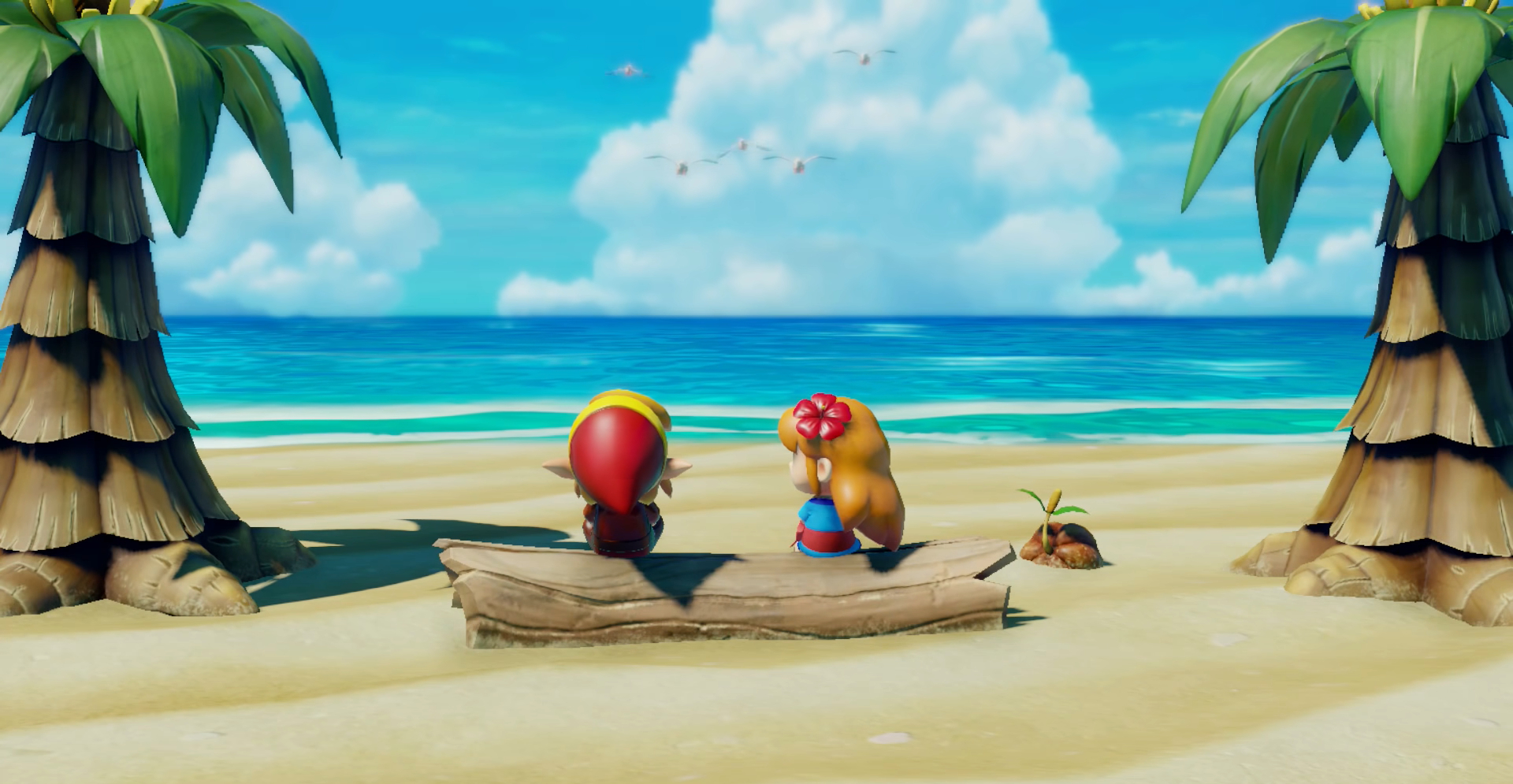 The Legend of Zelda: Link’s Awakening’s graphics were initially controversial – some people felt that the art was lifeless, others felt that it was unique and beautiful. Now, after a few years with the game released, the general consensus seems to be that the game features some of the best art/graphics on Switch.

The Link’s Awakening remake reimagined the original Game Boy version and opted for a completely new 3D art style rather than a 2.5D approach or something similar. This 3D style is adjacent to Claymation, with all the characters and enemies appearing like little figures on a sculpted map. This makes for an ingenious remake, as it preserves all the elements of the original game with its top-down perspective, while also giving this version a life of its own. In this way, the remake feels like it has its own personality wholly separate from its inspiration, and as a result this familiar world is so fun to explore all over again. 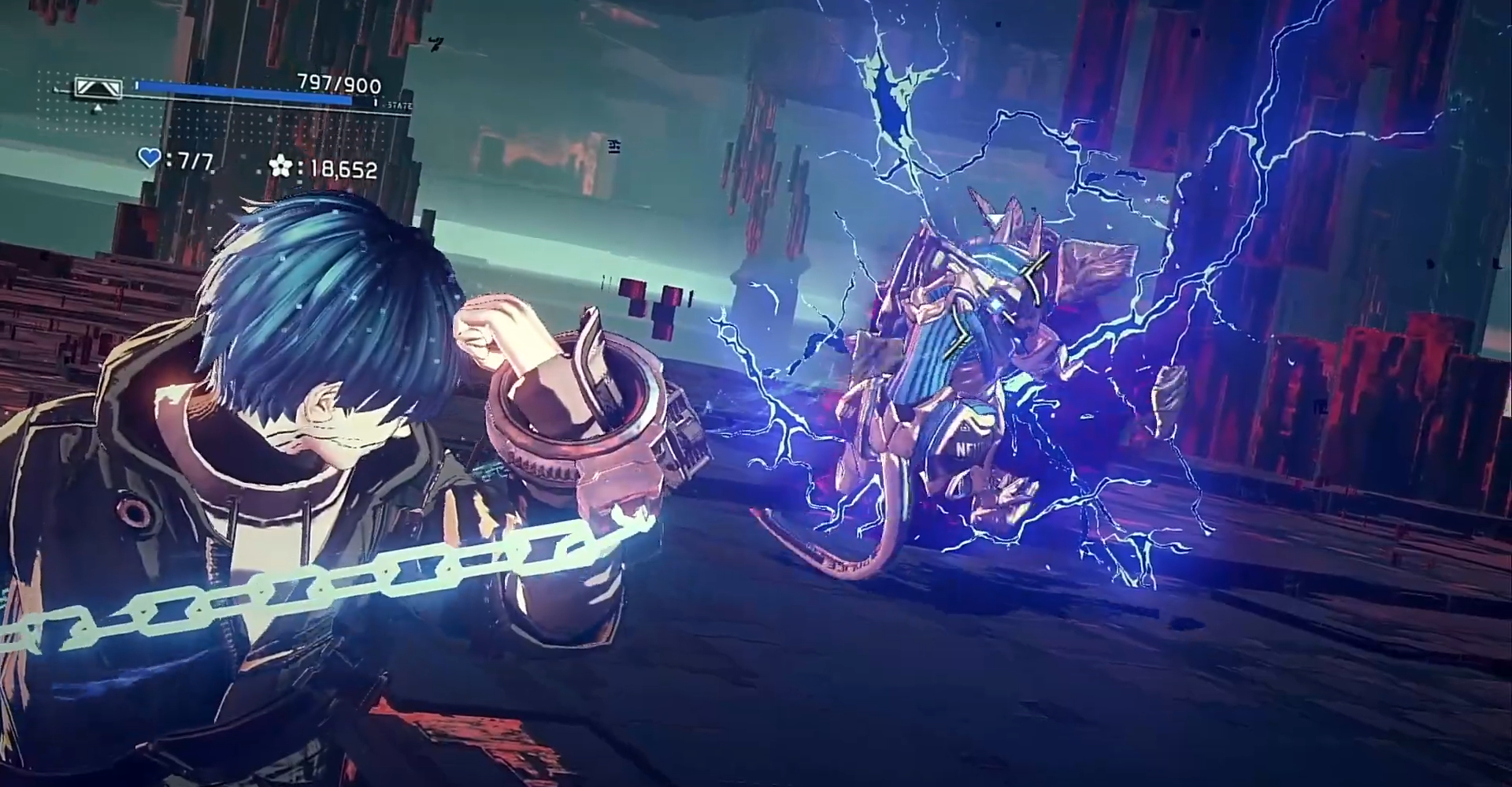 Astral Chain has the flashiest action that can be seen on Switch, and it adds to the gameplay significantly. Having quick and snappy controls only goes so far, but when the graphics accurately represent that action on-screen it achieves peak immersiveness. Astral Chain does just that and combines it with an art style that is a fusion of Bayonetta and NieR, giving it a really interesting visual identity.

To explain it simply: it’s just fun to look at. Whether the characters are duking it out with their Legions in the Ark or the Astral Plane, there are a ton of cool particle effects and flashy moves to watch as the battle goes on. On top of this, the game is just visually impressive being on Switch. The graphics are among the best on Switch, but also something that would look right at place on other consoles, and it runs extremely smoothly. This stellar performance, unique art style, and flashiness, makes it stand out as one of the most visually impressive Switch games. 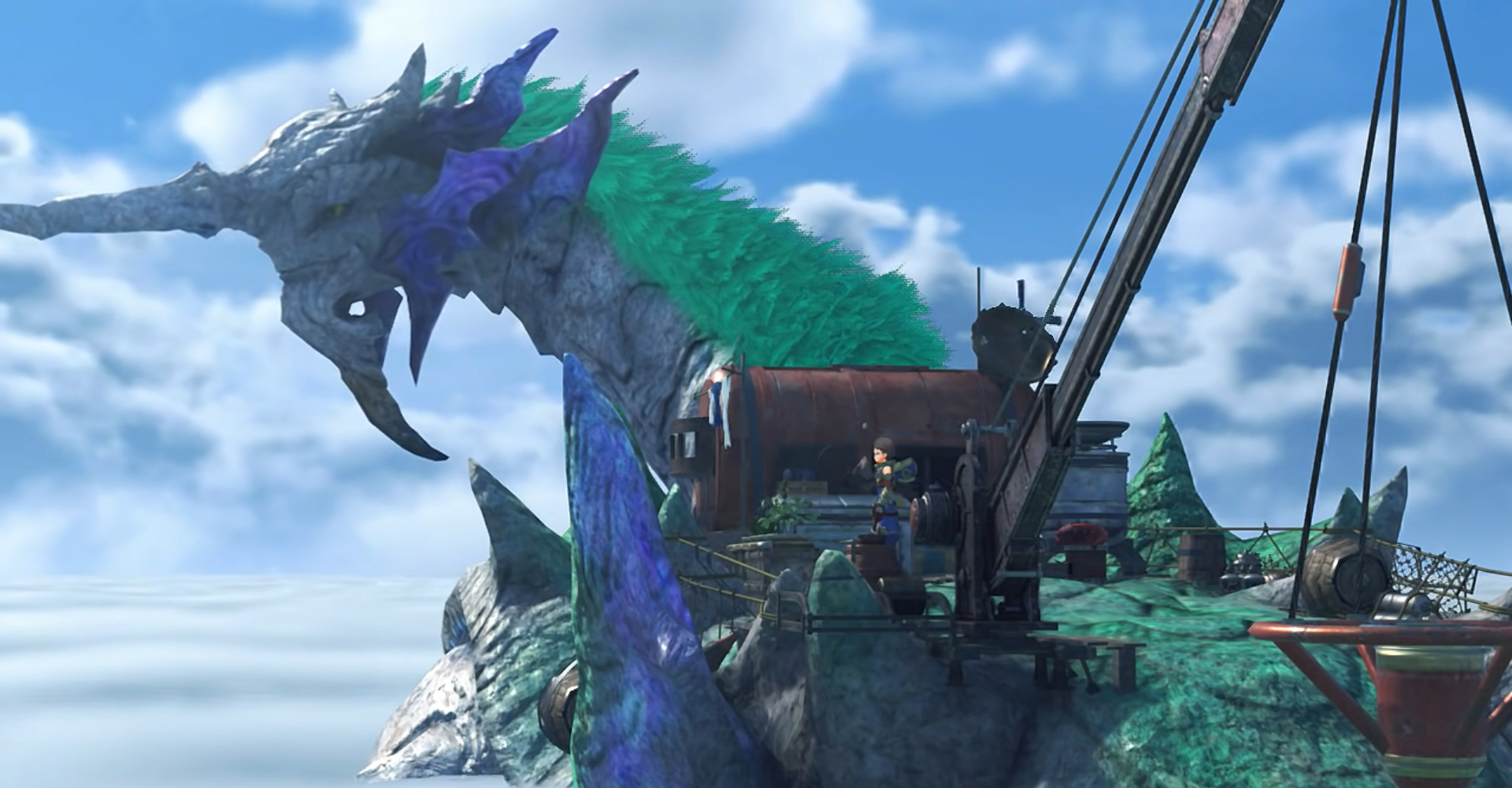 Xenoblade Chronicles 2 is another game that is just impressive to see on the Switch. The environments are huge and sprawling, and being able to explore this gorgeous world on the Switch is awesome. Additionally, the character design of Xenoblade is top-tier, and every one of the blades look amazing in the game. It’s always disappointing when the beautiful concept art of characters cannot be translated into the game, but Xenoblade Chronicles 2 does not have that issue. Each character has a unique visual identity, and being able to explore this breathtaking world with these characters makes it a very fun game to look at.

There have been some complaints about this game in handheld mode, but most of these were made before the Switch OLED was released. Booting the game back up with the OLED model, the handheld look of the environments is improved but for the best visual experience, playing in docked mode might be the way to go. 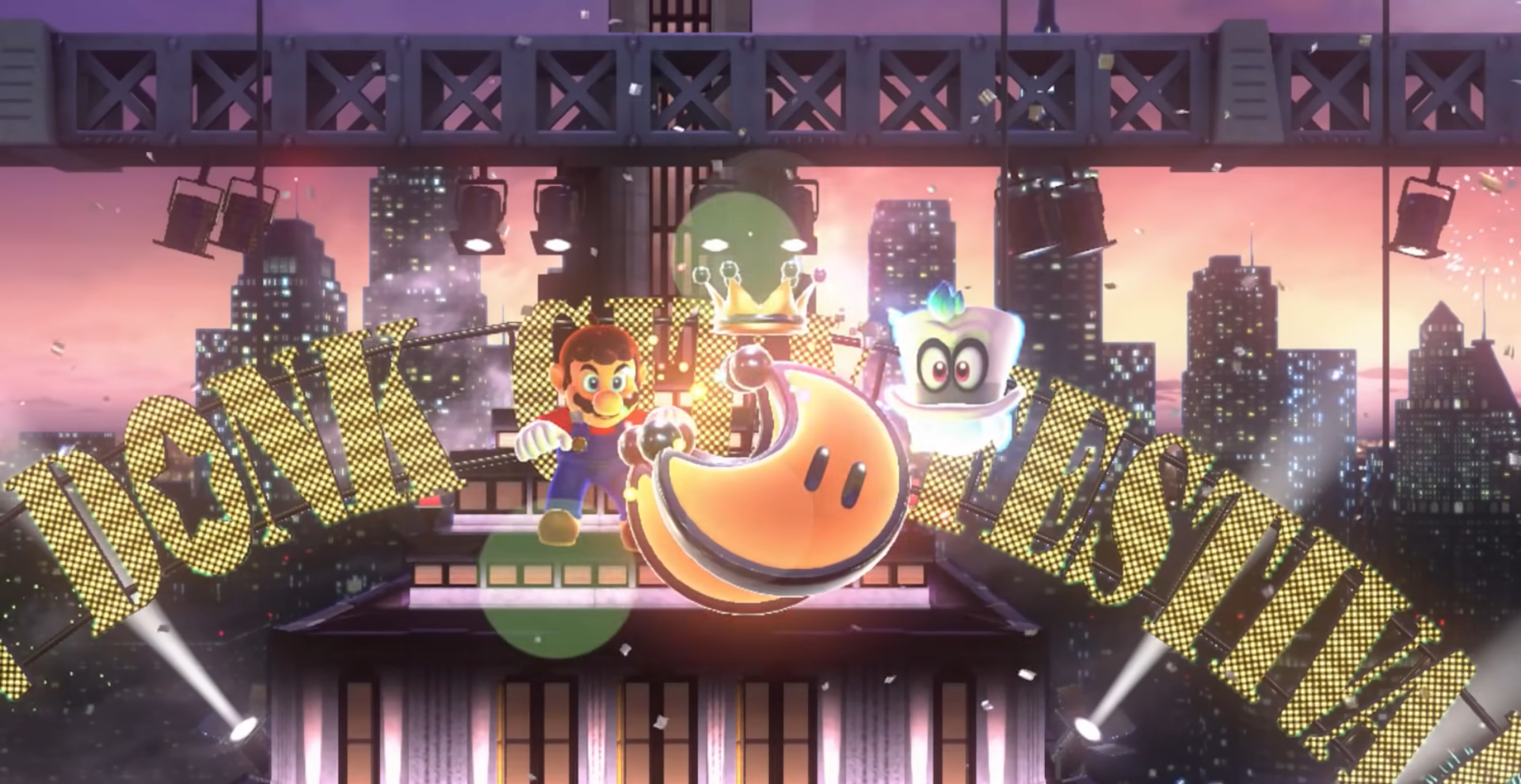 This one comes as no surprise as every 3D Mario has looked amazing on its respected console. Super Mario Odyssey is unique though because it finally introduced Mario to the real world. New Donk City is a unique environment that perfectly combines the whimsical world of Mario with the mundane. Seeing Mario explore this realistic environment is just so fun to watch, and while it may not be the most visually impressive part of this game – it is one of the most entertaining.

Every other Kingdom is what you’d expect from a 3D Mario game: absolutely beautiful and overflowing with visual character. There is always something to look at, and the developers really went all out theming the Kingdoms. Every character, enemy, and obstacle looks perfectly at place in their respective Kingdom, and there is the added fun of Mario being able to control many of the enemies. Finding out which enemies Mario can control, and seeing the little hat and mustache appear on each of them is just pure joy, and it makes the game as a whole a blast to watch. 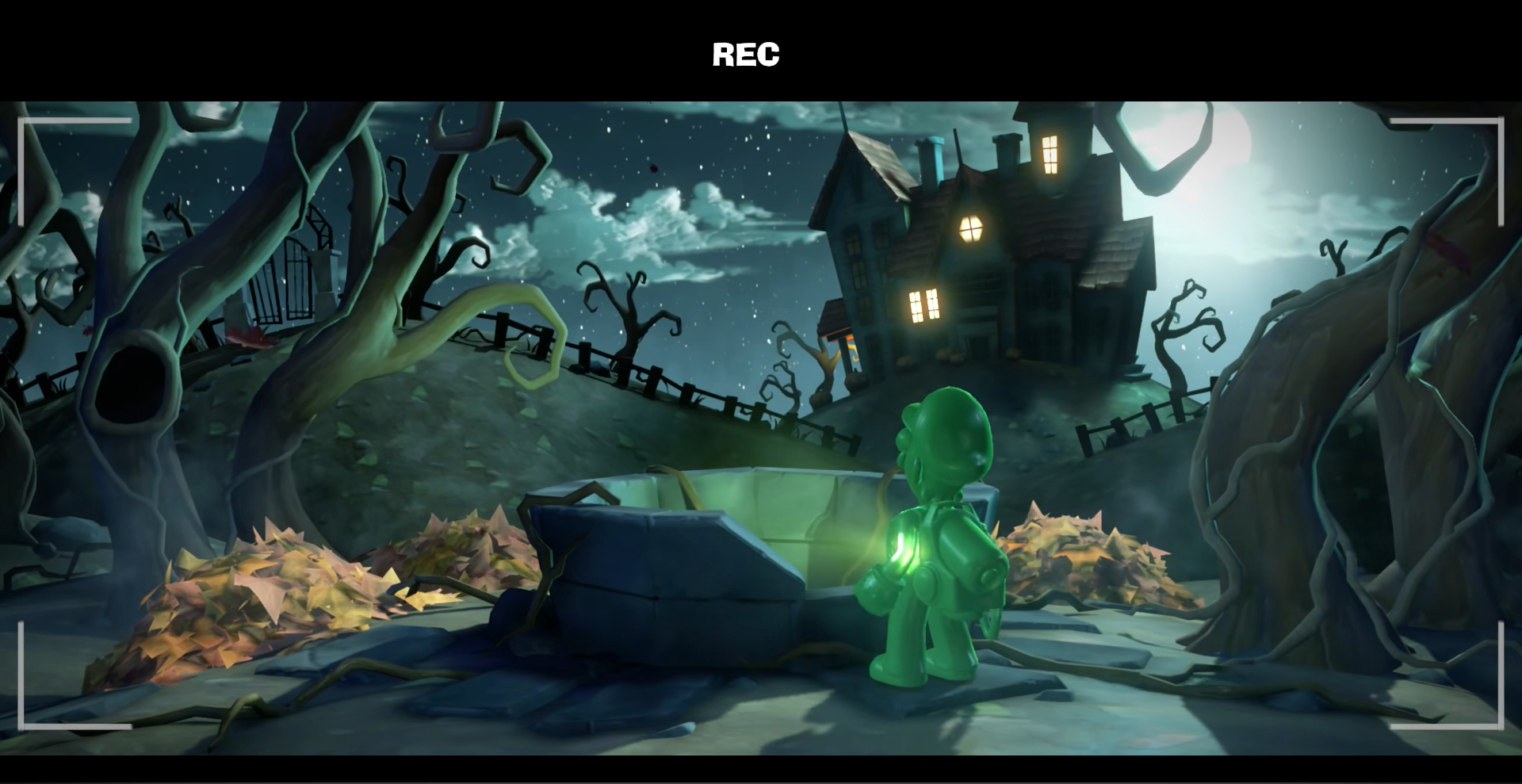 Luigi’s Mansion 3 is sneaky with how good it looks. Many people did not expect that this Mario-spinoff would somehow be one of the best looking games on Switch, but here we are. The visuals of this game are so well designed that it makes every single environment pop. It is so fun to see how different biomes are shoved into the wrapper of a hotel, and it feels like each nervous step that Luigi takes uncovers a new discovery.

A good example to demonstrate how intentional and fun the visuals are throughout this game is the Virtual Boo. An obvious play on the Virtual Boy, this device displays the game map as well as hidden items. The developers not only skinned the map in the visual style of the Virtual Boy (red scan lines galore), but they also have items that can be purchased to show collectibles on the map. And these items are represented as cartridges that can be purchased from the shop and plugged into the Virtual Boo. It’s these little details that show up in the game constantly and just elevate it to give it more character. Each environment is chalked full of these, and finding each one is a blast.

1. The Legend of Zelda Breath of the Wild 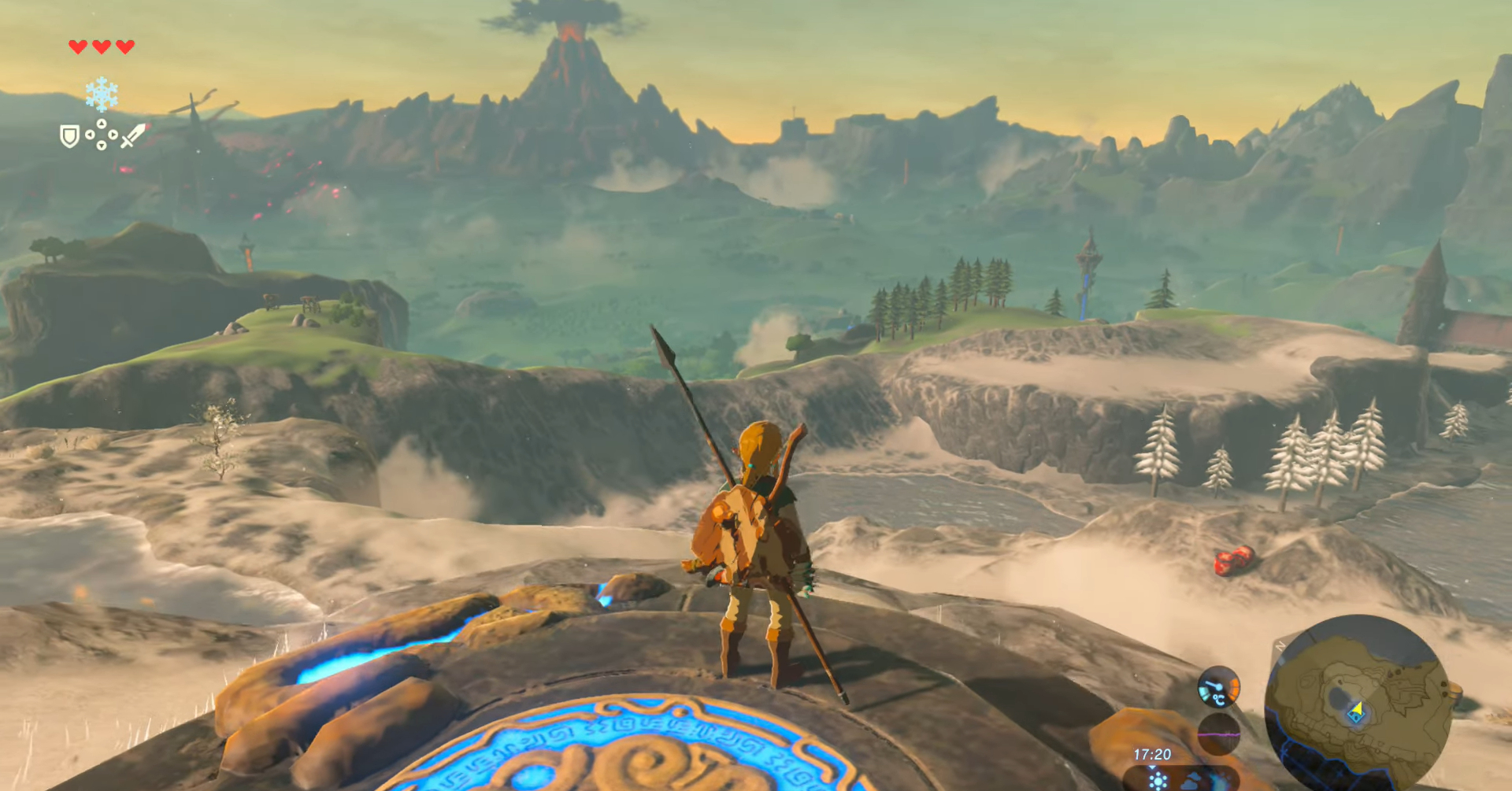 What more praise can be given to The Legend of Zelda: Breath of the Wild that has not already been said? This is one of the best games of all time, and the visuals are one of the reasons why. Being able to scan the horizon, pick a location, and then go there seamlessly is an absolute blast in this game, and it’s because of all the beautiful things to look at. The watercolor aesthetic this game achieves is truly unique, and the environments are brimming full of life. One simple trip to a landmark may turn into a thrilling adventure because of all that exists in this world.

Between roaming NPCs, animals, enemies, plant life, dragons, natural structures, etc.; this game actually feels alive, which is something I have never experienced with any other game. Hundreds of hours later, there is still something to marvel at, and it doesn’t seem like looking at the various environments will ever get old. There is something truly breathtaking about experiencing this world for the first time, and while there are many elements that make this happen, the visuals certainly are a big part of this feeling.

Which games do you feel feature the best graphics on Switch? Let us know in the comments.