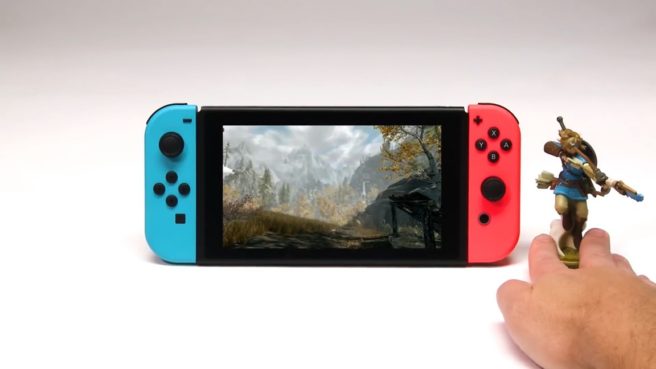 Bethesda was an early supporter of Switch, and that support has continued into this year. Following up on The Elder Scrolls V: Skyrim and Doom, Wolfenstein II and Fallout Shelter released not too long ago. The Elder Scrolls: Legends will also arrive later this year.

Bethesda’s Pete Hines was recently quizzed about Switch games going forward. Hines did mention that id Software has its hands full at the moment, though the company is considering what fans are interested in as well as future titles “that might be a good fit.” He concluded that Bethesda wants to continue supporting Switch “with whatever we’re making that will run and run well”

Here’s Hines’ full comments when asked if Bethesda would consider porting games such as past Fallout entries:

“Truthfully, I don’t know. We have talked about that and we have thought about that, but as you just saw from Bethesda Game Studios, they are super busy. id’s got four different properties rolling right now – Quake Champions is still in Early Access, but Rage 2 and the work that they’re doing for that, and then you know, a ton of folks working on Doom Eternal.

If we had stuff that we thought was a good fit for Switch and we thought there was demand, we’d do it, but we’re also looking for future things and what we’re doing going forward that might be a good fit. I think it’s an awesome console. I brought mine with me. So it’s something we want to obviously continue to support with whatever we’re making that will run and run well on the Switch.”