Beyond the press conference – A minor E3 news recap

Sure, we all know most of the major news from Nintendo’s E3 2011 press conference: The Wii U was revealed, Luigi’s Mansion and Super Mario hit the 3DS, third-party developers finally got onboard with a Nintendo console… But there was plenty of other Nintendo-related news throughout the week, some of which you might have missed, and you really don’t want to sort through about twenty pages of E3 information here on Nintendo Everything. So here’s some other important things we learned about Nintendo’s games and consoles at E3 2011:

The Wii isn’t dead yet

Despite Nintendo’s big reveal of the Wii U and the fact that The Legend of Zelda: Skyward Sword was the only Wii game shown during their press conference, there were still plenty of games for the motion-controlled console at the show —you just had to wait until after the conference was over. 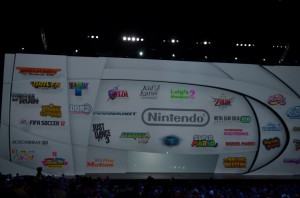 While we already knew about some of the games on display, like Wii Play: Motion, others hadn’t been announced yet, at least not for English-speaking audiences. More details about these games were revealed during E3, and some even had playable demos. Kirby Wii is basically that GameCube Kirby game with a four player co-op mode that was revealed years ago. Unlike Epic Yarn, it looks to be a return to the older style of Kirby games with classic powerups like the parasol, tornado, stone and some new ones like whip, water, and the leaf shield from Mega Man II. Apparently it’ll be out by the Fall, along with Skyward Sword (fingers crossed). Also revealed was Mario Party 9, which is more or less the same as the first eight games, except all players now seem to move together in one of those dumb mushroom cars from Mario Party Advance. All the mini-games look pretty simple so don’t expect any Wii MotionPlus here. Maybe it’s just me, but I think Rhythm Heaven on the Wii (also just announced for the US at E3) will be the superior mini-game collection. We’ve got a bunch of trailers for all these games (and more!) here.

The original DS isn’t dead, either

While the 3DS got plenty of love during Nintendo’s press conference, all that was announced for the original DS was The Legend of Zelda: Four Swords —which we now know is just a remake of the Game Boy Advance one that came bundled with A Link to the Past. Again, those teaser logos at the end of the conference provided tons of games for the aging handheld. Nintendo are finally getting around to publishing Professor Layton and the Last Spector, the fourth game in the popular series, as well as Dragon Quest Monsters Joker 2 (though it’s unclear if it’ll be the original or the “Professional” version that was later released in Japan with extra content). Nintendo also showed off Kirby: Mass Attack, which Austin was lucky enough to play. It wasn’t all Nintendo-published games on display, though: Akysys games announced they would be releasing Pro Jumper! Chimaki’s Hot Spring Tour: Guilty Gear Tangent, a side-scrolling platformer starring an obscure Guilty Gear character (yes, really) for DSiWare later this month, and ATLUS revealed that they would be localising both Shin Megami Tensei: Devil Survivor Overclocked and Devil Survivor 2. Hopefully they take their time and avoid making any mistakes with the translation this time. 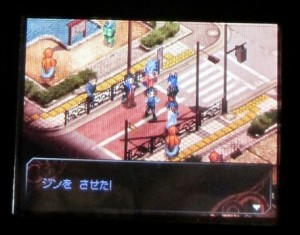 This is the English version

That sure was a game (we think) 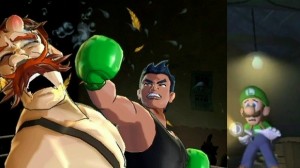 There was plenty of footage for both Luigi’s Mansion 2 and the new Mario Kart for the 3DS at Nintendo’s press conference, but the news of who was actually developing the titles wasn’t broken until later in the week. Canadian developers, Next Level Games, who also made the Wii Punch-Out!! game and both Super Mario Strikers titles, are hard at work on Luigi’s Mansion 2. And fresh from finishing Donkey Kong Country Returns, Retro Studios are making one level in Mario Kart for 3DS. It’s good to see Nintendo so open to letting foreign developers work on their core franchises.

Fortune Street comes to the Wii IN ENGLISH

Of all the games revealed at the end of Nintendo’s press conference, this was the strangest. Fortune Street is the English version of Itadaki Street, which is a long running series in Japan, but this is the first one to be localised. Created by Dragon Quest designer, Yuji Horii, it’s basically a board game starring characters from both the Mario series and Dragon Quest. It’s odd for Nintendo to bring this to America, especially considering there’s some overlap with Mario Party 9 there, but who’s complaining? This whole “localising obscure games” business reminds me of all those weird Japanese games that showed up in English near the end of the GameCube’s lifespan. Remember Odama? 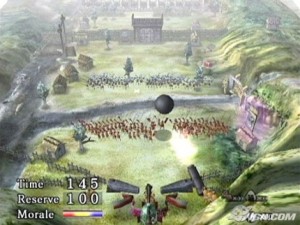 Of course you don’t.

That said, Reggie Fils-Aime later said that Nintendo of America had “nothing to announce” concerning the possibility of localising Xenoblade and the currently Japan exclusive Pandora’s Tower and The Last Story.

The Wii U actually has some power behind it 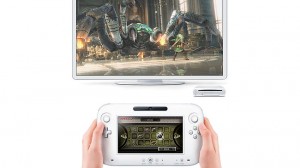 Nintendo didn’t give out any specifics about the technology behind the Wii U at their conference, but they were like that with the Wii as well. As the week went on, we now know that the Wii U is powered by a new IBM microprocessor, will run games in 1080p, and uses proprietary discs that can hold about 25GB of data —the same as a single-layer Blu-ray disc. Like the DS and 3DS, there’s no multi-touch screen built into the unit, and it can’t play GameCube games. Still, the Wii U is significantly more powerful than the Wii, so that’s something. Now all we need is a release date for it.

A new Pikmin is coming (eventually) 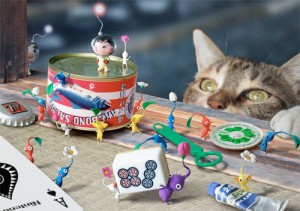 And it looks so realistic!

Despite Shigeru Miyamoto’s insistence that those attending the company’s first E3 2011 roundtable not ask any questions about a new Pikmin, he eventually admitted that a new Pikmin was in development for the Wii, but has now shifted to the Wii U. Don’t expect anything for Pikmin’s 10th anniversary this year, but since the the Wii version was apparently fairly far along, it shouldn’t be too long until Olimar and company show up on the new console. 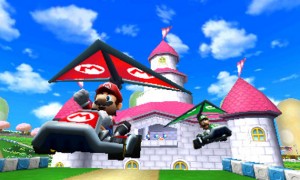