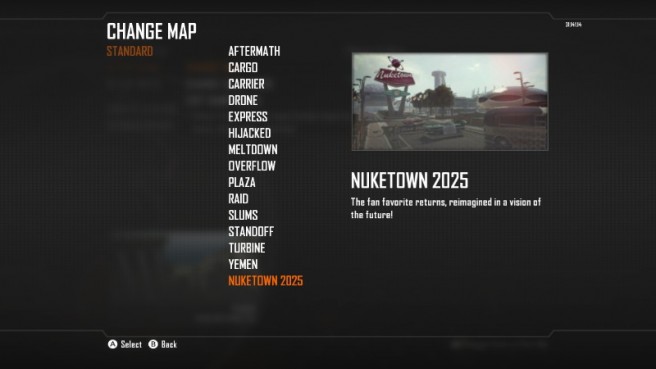 Call of Duty: Black Ops II launched for Wii U in November 2012. Nearly two years later, the game has received a new map.

Nuketown 2025 has been out on other platforms for a very, very long time. Just recently though, it seems that the content finally came to Wii U. Players can obtain Nuketown 2025 by installing an update on their console.