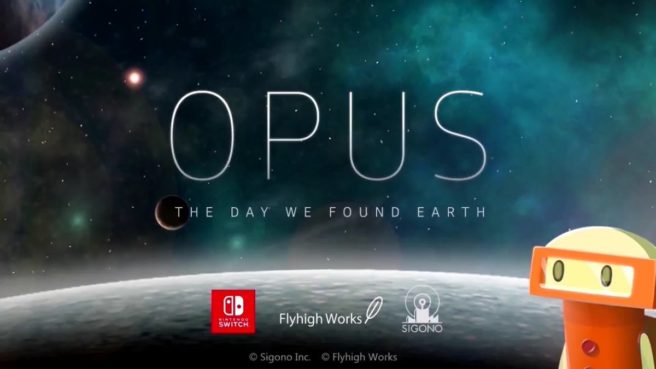 Japanese publisher Flyhigh Works just held a video presentation ahead of the Tokyo Game Show next month, which announced new games for Switch and more. Three titles are confirmed for Switch: Deemo, OPUS: The Day We Found Earth, Teslagrad.

Deemo is a rhythm game made by Rayark Games, the same team behind Implosion. It will be released in Japan this month, and likely the west soon as well.

Also on the way to Switch is SIGONO’s OPUS: The Day We Found Earth. The adventure game originally debuted in 2015 and has been very well received.

Finally, Teslagrad is making its way to Switch. Wii U owners are likely very familiar with the 2D puzzle-platformer.

Below is Flyhigh Works’ full lineup for TGS (note that release windows are for Japan):

Also worth noting, Voez will be getting another new 1.3 update in September. Even more tracks will be added to the rhythm title.

You can watch Flyhigh Works’ full presentation below featuring trailers for all of these games.