Posted on October 18, 2014 by Brian(@NE_Brian) in Developer Musings, General Nintendo 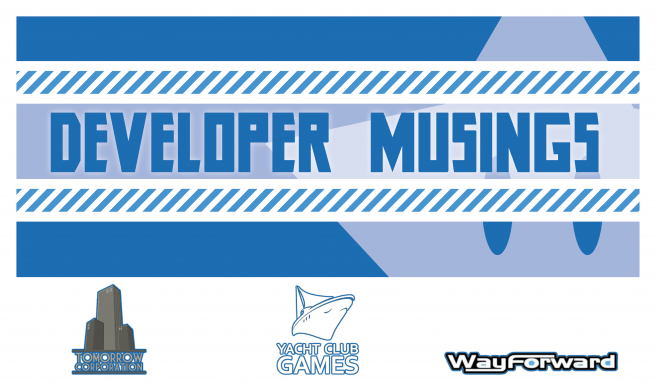 It’s been quite some time since Dan Adelman left Nintendo for greener pastures in the independent space (he “helps indies with the business stuff” now, according to his Twitter bio), but it does appear that he left something of a legacy behind with him through the games he helped release on WiiWare and the Nintendo eShops. World of Goo — perhaps the single most notable WiiWare game ever released — was released digitally almost entirely because of his appeals, and the recent release Shovel Knight came out as a Nintendo-focused game initially due to his support.

As sort of a tribute to these developers, this nice man, and the games that they, together, helped give us, we asked a few folks that Dan worked with over the years to talk about what he did and how he helped them get their games out. If you’ve ever wanted to know some of what goes on behind-the-scenes between platform holders and developers, there’s quite a bit worth reading down below. 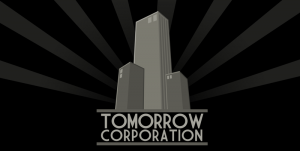 Previous Works: Tomorrow Corporation released Little Inferno as a Wii U launch title on the eShop. At 2D Boy, Kyle helped to create World of Goo for WiiWare.

Dan Adelman and World of Goo

I first encountered Dan back when I was working on a game called World of Goo. He pitched us on this thing called WiiWare for the original Wii, way back in 2006 or so. At the time, we were considering putting World of Goo in a physical box made of cardboard on the shelves of Walmart, like everything else at the time. The idea of selling our game digitally on a console was something we’d never considered, or heard of. Would people ever buy a game on a console that they couldn’t hold with their hands? Remember, this was before app stores and iPhones existed.

I remember asking Dan, “If you were making a game, and if you were super poor like us, and if your game didn’t succeed, and you’d have to quit being indie, would you put your game on this WiiWare thing instead of retail?” As is usual for Dan, he gave us a clear and honest answer – he said he didn’t know if WiiWare would work out. But that he’d try his hardest to make the new platform a success for everyone.

We believed him. Dan oozes integrity, and it was clear from our very first conversations that he genuinely cared about scrappy kids like us making games. So we took a chance, dumped our retail plans, and went with Dan and WiiWare to launch World of Goo. He set us up with dev kits, helped us slip past Nintendo’s “office requirement” (a real hurdle for indie developers, since many of us don’t have offices), and helped promote the game on the platform. Looking back, working with Dan and WiiWare was one of the best decisions we ever made. Digital distribution was clearly the future, retail was dying, Dan knew it, and we’re thankful he pulled us along! 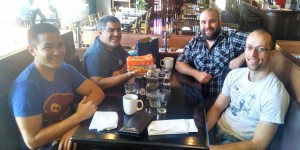 A few years later, we found ourselves working on a weird game that took place primarily in front of a fireplace. Little Inferno was always a difficult game to describe (“it’s a fireplace where you burn stuff that comes alive, but there’s a whole world out there, an existential awakening, or something!”). Once again, we chatted with Dan, this time about the upcoming Wii U, and once again, he believed in our weird indie game, set us up with dev kits, and championed the project internally to help us release the game as one of the original launch titles on Wii U.

He also famously crusaded against Nintendo’s “office requirement” policy. It took several years, but he successfully defeated it – which opened up Nintendo platforms even further to indie developers like us without a physical office.

For a few years, it felt like Dan was our special secret. But word inevitably got out what a uniquely solid person he was. And now he’s gone and left Nintendo to go help indie developers in a more direct way as a freelance biz guy. We all wish him luck and strong martinis! 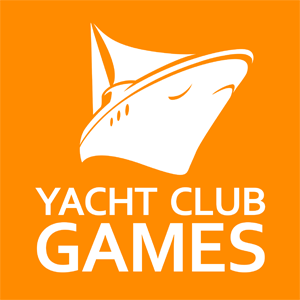 Previous Works: Shovel Knight was Yacht Club Games’ debut title. It’s out now on both Wii U and 3DS in North America, and will be coming to Europe/Australia next month!

Upcoming Games: Yacht Club Games is working hard on update content for Shovel Knight. That probably means new games are on the back burner for now!

Without Dan, Shovel Knight wouldn’t be on the Wii U/3DS and maybe it wouldn’t exist at all. We essentially sent Dan a blind email before our Kickstarter asking if we could be approved as developers on the platforms. He put his full trust in us and the game – without that, who knows if the Kickstarter would have even funded!

He is unbelievably supportive of indies, and it’s amazing to see a person so committed to aiding smaller teams so that they can focus on creating interesting and unique experiences. Also, he’s a spicy curry champ. Champion of indies and spicy curry…what more could you want? 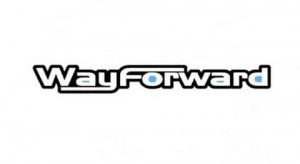 Previous Works: WayForward has created dozens – or now hundreds – of games over the past 25 years. Some notable titles on Nintendo platforms include Contra 4, A Boy and his Blob, Batman the Brave and the Bold, the Adventure Time games, Ducktales: Remastered, and the Shantae and Mighty series.

Upcoming Games: WayForward has a lot of exciting games coming soon. Shantae and the Pirate’s Curse is set to release on 3DS on October 23, and the studio is of course working on Shantae: Half Genie Hero. There are a few licensed games on the horizon including Teenage Mutant Ninja Turtles: Danger of the Ooze with Activision and Adventure Time: Secret of the Nameless Kingdom with Little Orbit.

Though WayForward has a long history of working with Publishing partners to bring licensed games to life, we are always looking for opportunities to develop original titles as well. About eight years ago, we got to know Dan Adelman from Nintendo. He was quick to understand the unique quality that WayForward brings to its work and was able to help us position the company for success in the early digital commerce landscape with Nintendo. He really took time to meet us where we were and find out what we were all about.

We’d been making downloadable PC games for years, and premium handheld and console games as well, but combining these ideas began on WiiWare. Dan opened the doors for us, which led to our first Nintendo digital publishing game LIT. Following that we created Mighty Flip Champs for the DSi launch, and followed it with a new game every year, or when opportunity allowed. Dan worked with us to bring Shantae: Risky’s Revenge to DSiWare, and it stands as one of the biggest and notable accomplishments on that service. Mighty Switch Force exploded onto 3DS, and we broke records with the Hyper Drive Edition of that game on the Wii U, making it on time for Wii U launch with a few hours to spare.

Dan was involved even as recently 2012, when we communicated our vision for Shantae and the Pirate’s Curse, and then a year later with our KickStarter. As with all of our original games, Dan was the first person outside of WayForward’s walls to hear about them. In each case, he would welcome our ideas with open arms, and always managed to roll out the red carpet and communicate Nintendo’s enthusiasm for our work. He was also invaluable in offering pricing guidance, and unfailingly patient with us and our plethora of questions. We have plenty of great working relationships with other folks at Nintendo, but we’re going to miss working with Dan and wish him all the best.

We know that with his passion for and dedication to helping out indie devs, he’ll be successful in his new endeavor. His enthusiasm for working with us (and other indie devs) has always been palpable and we’re confident he will continue to be of great help to many other indie devs moving forward.

Nintendo Everything would like to thank Kyle Gabler, David D’Angelo, and WayForward for their valuable insight and for taking the time to contribute to our feature.

Check out more entries in the Developer Musings series here!